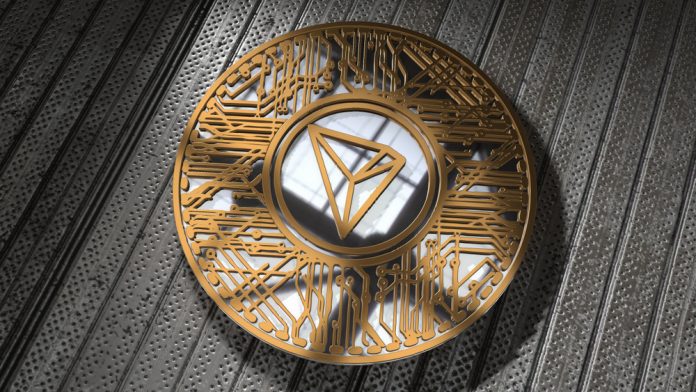 The overall bearish sentiment across the cryptocurrency is making its mark on virtually every single market. As of right now, the TRON price is under a lot of pressure and will remain in this position for the foreseeable future. This steep 8.2% drop was not what most people expected, but it is the name of the game at this stage.

In a way, it is not entirely surprising to see the TRON price suffer from a lot of negative momentum. Every single time Bitcoin tends to lose value, the same will happen to most altcoins. In this case, that also includes the TRON price, which is seemingly going down at an accelerated pace as of right now. A sharp dip in both USD and BTC value tends to have such an effect in fairly quick succession.

With the TRON price now dropping below $0.02, one has to wonder what the future will hold for this popular altcoin. It is not unlikely the price will continue to decline even further, although nothing is ever set in stone in the cryptocurrency industry either. There are still some interesting developments taking place behind the scenes which may cause things to turn around fairly soon, depending on what happens to Bitcoin.

One thing TRON appears to be doing successfully is making an impact on esports. A collaboration between Intergalactic Gaming and BRGRTron will introduce a new competition, which is determined by a community vote. Anyone can cast their vote on which game they want to see played. Events like these can provide additional exposure for TRON, as well as the growing esports industry.

We will host another #IGesports competition in partnership with @BRGRTron 🤗

On the dApp front, there is still plenty of work to be done. Albeit some intriguing dApps are being built on top of TRON already, there is always a demand for new solutions. Founder Justin Sun has taken to Twitter to ask what kind of dApps the community wants to see development next. An interesting concept, although it remains to be seen if any viable ideas will be put forward.

Speaking of Justin Sun, he seems to be at odds with Vitalik Buterin on Twitter.  Sun vastly disagrees with Vitalik’s vision on how no 1000x price increases will materialize in the future. Even so, it is good to have a bit of a constructive debate. A lot of the world’s wealth will find its way to different markets, and cryptocurrencies can benefit from this shift. However, claiming cryptocurrency will hit a $10tn market cap before Apple or Amazon do seems rather unlikely.

I do believe the entire world wealth will turn into cryptocurrencies like blackhole and grow much bigger in the future. Cryptocurrency will hit 10 trillion USD market cap before @Apple and @amazon do. We will see. Time will tell. #TRON #TRX $TRX

For the time being, the TRON price momentum will not necessarily turn around. All markets look pretty bleak as of right now, although this industry has been subject to stranger turns of events over the years. For the time being, the bearish pressure will remain in place. However, a return to $0.02 is not out of the question entirely either.