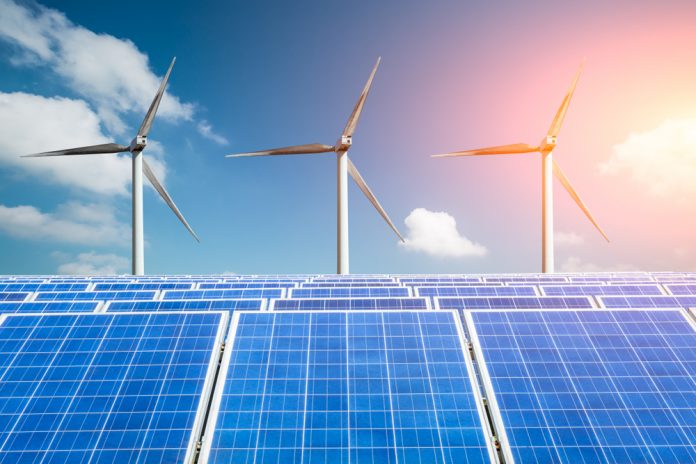 According to new figures provided by the US Energy Information Administration and obtained by Cleantechnica, an energy-focused publication, renewable energy sources surpassed nuclear energy sources in 2018, which could have a profound impact on the global crypto mining sector.

For many years, especially in December of 2017 during the peak of the cryptocurrency market, major publications and government institutions have heavily criticized the energy intensive nature of public proof-of-work (PoW) blockchain networks like Bitcoin and Ethereum.

But, a Phys.org article entitled “Stop worrying about how much energy bitcoin uses” initiated a new discussion on the actual energy consumption of Bitcoin on whether the consumption of electricity by cryptocurrencies can be justified.

“I am a researcher who studies clean energy technology, specifically the transition toward decarbonized energy systems. I think that the conversation around bitcoin and energy has been oversimplified. New technologies – such as data centers, computers and before them trains, planes and automobiles – are often energy-intensive. Over time, all of these have become more efficient, a natural progression of any technology: Saving energy equates to saving costs.”

Cryptocurrency mining facilities are incentivized to establish their centers in regions that have naturally cold climate, which include China, Norway, Chile, and many European nations. These regions, especially China, Norway, and Chile, have enormous amounts of clean energy in abundance due to the advancement in solar power plants.

At one point last year, the government of Chile produced too much energy through its solar power plants that the spot price of solar energy reached 0, which meant that individuals, households, and businesses were able to rely on a renewable energy source without any cost.

This year in the US, renewable sources of energy took nearly 20 percent of the market share, surpassing nuclear energy which produced 19.867 percent of the country’s electricity. While renewable sources of energy included biomass, geothermal, hydropower, wind, and solar, the report from the government specifically revealed that solar and wind produced the most amount of electricity, expanding by 27.6 percent since last year.

In contrast, coal, which energy enthusiasts resort to when criticizing Bitcoin’s energy consumption, generated nearly 27 percent of the nation’s electricity, a level that could be easily surpassed by renewable sources of energy given that they expand at the current rate throughout the years to come.

“According to EIA data, coal only contributed 26.93% to the country’s energy mix, well down on traditionally historical trends. In fact, when adding up all fossil fuel sources, they only account for 60% of domestic electrical generation — where only five years ago the figure stood at 68.6%,” Cleantechnica reported.

More to that, if renewable energe sources can continue to contribute to major regions like the US and China at the current rate, then the burden on national electric grid operators will be reduced, making electricity less of an issue pertaining to cryptocurrencies.

As Kelly-Pitou explained, it is also crucial to acknowledge that the energy consumption of Bitcoin relative to the traditional finance sector that is based on the fiat system is low.

“Electricity is 90 percent of the cost to mine bitcoin. As such, bitcoin mining uses an exorbitant amount of power: somewhere between an estimated 30 terrawatt hours alone in 2017 alone. That’s as much electricity as it takes to power the entire nation of Ireland in one year. Indeed, this is a lot, but not exorbitant. Banking consumes an estimated 100 terrawatts of power annually,” she said.