This week, the crypto market continued the bear trend. Major cryptocurrencies suffered price delince more than 10%. Among which, XRP got hammered and experienced greates loss of 26.2%. Apart from emotional factors, the major reason for this hit is the news that SEC rejected the application of Bitcoin ETF. We’ll dive deeper into this issue in the report.

OK blockchain capital is committed to exploring the cutting-edge technology of blockchain, setting benchmarks for high-quality analysis, guiding the sound development of the industry. Follow us to get more high-quality articles. 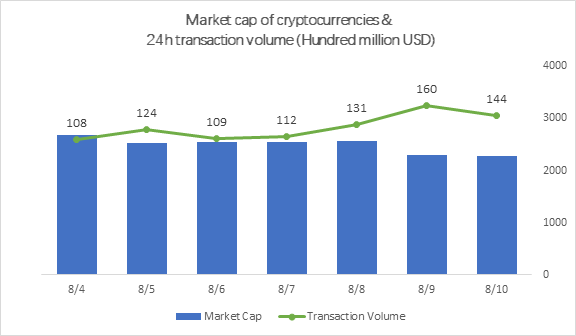 Among the top 10 cryptocurrency gainers this week, most of the projects were in the vertical application field. Vikky, an advertising and marketing project, experienced the greatest increase in price by 368.05%. 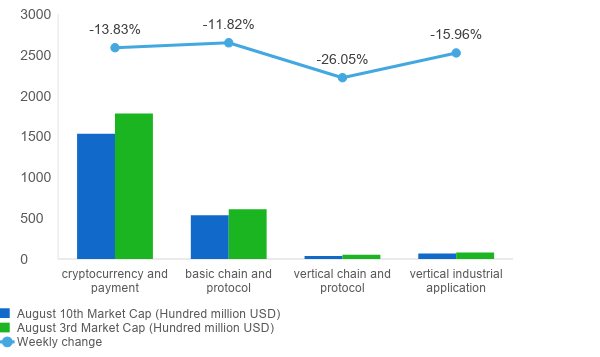 Through further classification of the vertical chain and protocol and the vertical industrial application sectors, it was found that the past week’s dev tool projects suffered greatest loss of 39.33%. 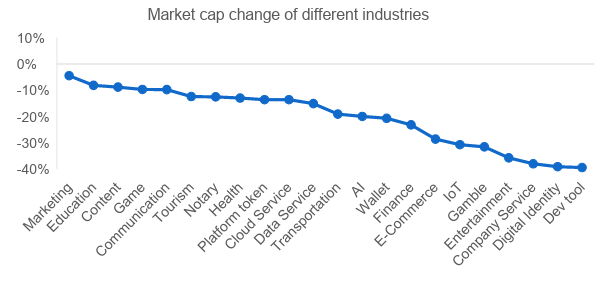 According to latest announcements from more than 30 exchanges including OKEx, Binance, Huobi, Bitfinex, Bithumb, ZB.com, Upbit, HitBTC, Bittrex, Poloniex, there are 7 newly listed cryptocurrencies. Among them, 2 are IoT projects, others are in the categories of basic chain and protocol, security, asset management, data service and retail. What’s more, these newly listed cryptocurrencies concentrated on Bit-Z exchange. Only BOX increased in price in these newly listed projects, its maximum percentage increase was 66.67% in the past week. 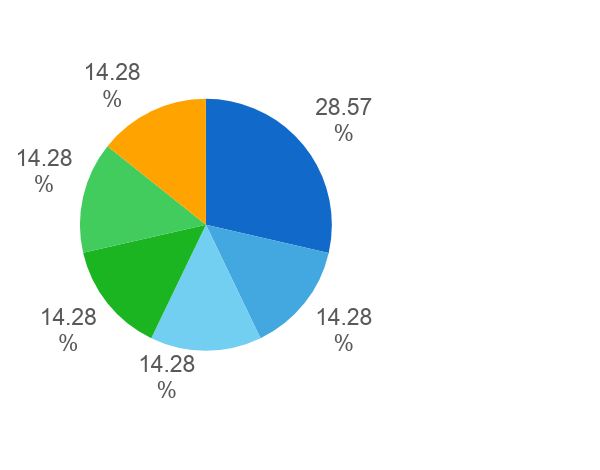 There have been 41 closed public-offering projects this past week, with the soft cap totaling nearly 395 million USD. Among these projects, projects of the exchange token received most funding, exceeding over 200 million USD. 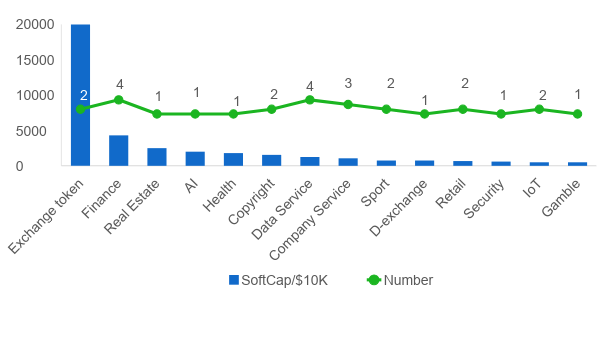 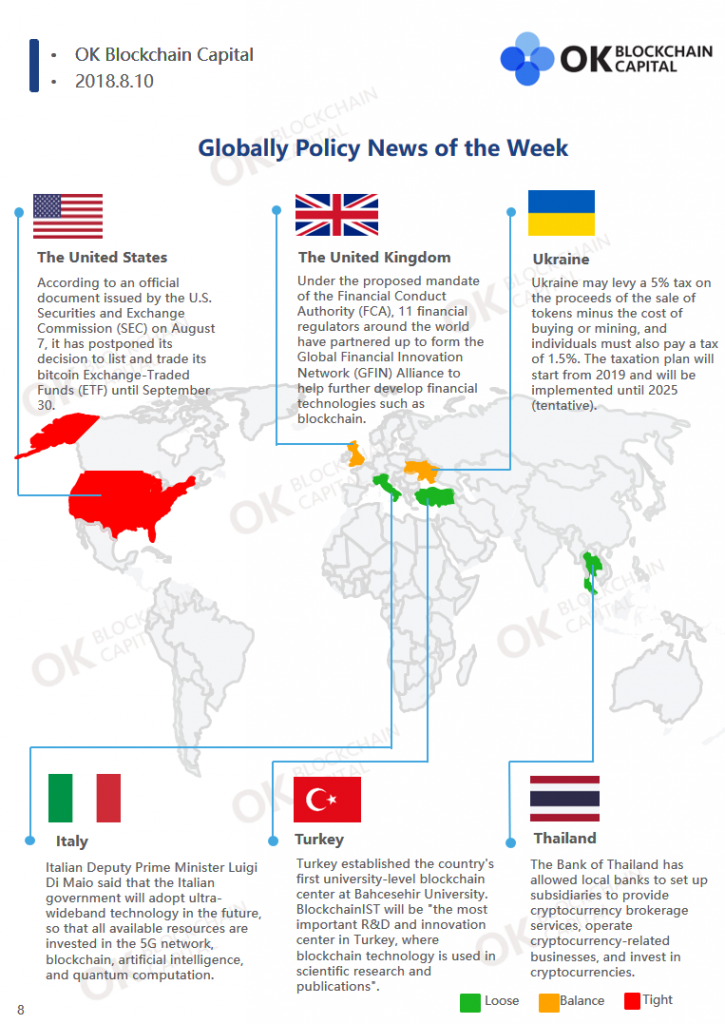 Below is a list of some of the most important global news on governmental policies on blockchain and cryptocurrency. The picture below is for reference to how strict/loose some countries are with their regulations.

The US: According to an official document issued by the U.S. Securities and Exchange Commission (SEC) on August 7, it has postponed its decision to list and trade its bitcoin Exchange-Traded Funds (ETF) until September 30.

The United Kingdom: Under the proposed mandate of the Financial Conduct Authority (FCA), 11 financial regulators around the world have partnered up to form the Global Financial Innovation Network (GFIN) Alliance to help further develop financial technologies such as blockchain.

Ukraine: Ukraine may levy a 5% tax on the proceeds of the sale of tokens minus the cost of buying or mining, and individuals must also pay a tax of 1.5%. The taxation plan will start from 2019 and will be implemented until 2025 (tentative).

Italy: Italian Deputy Prime Minister Luigi Di Maio said that the Italian government will adopt ultra-wideband technology in the future, so that all available resources are invested in the 5G network, blockchain, artificial intelligence, and quantum computation.

Turkey: Turkey established the country’s first university-level blockchain center at Bahcesehir University. BlockchainIST will be “the most important R&D and innovation center in Turkey, where blockchain technology is used in scientific research and publications”.

Bitmain announced that it has set up a new blockchain data center in Milam County, Texas, and it will invest more than US$500 million in the region within seven years. It said that “Milan County’s blockchain data center and encrypted digital currency mining facilities are key components of Bitmain’s strategic investment and expansion plans in North America.”

According to Bloomberg News, Goldman Sachs is considering plans to offer cryptocurrency custodian services. This means that it may hold digital currency assets on behalf of these funds, reducing the risk of customers seeking to hedge their investment losses.

A subsidiary of China Zhong’an Insurance said it has placed data on 760,000 diamonds in the blockchain, claiming that this project aims to achieve a higher level of traceability in the luxury industry; Suning’s blockchain product “Star Home” is officially online.

GSR Capital will hold an 18% stake in the US-based e-Commerce giant Overstock’s tZero for US$270 million, and it will also participate in its ICO with US$30 million. If the transaction is completed, tZero will be valued at $1.5 billion.

On August 7, the U.S. Securities and Exchange Commission (SEC) postponed its decision on allowing the Bitcoin-backed ETF VanEck SolidX Bitcoin Trust to go public on August 10th, until September 30. Bitcoin started falling again on the news.

What is the theoretical basis of Bitcoin as the ETF target?

An ETF refers to an open-end fund with variable shares that can be traded on an exchange. In general, ETF index funds mainly include four categories: stock, currency, bond, and commodity ETFs. Currently, the SEC defines BTC and ETH as commodities, therefore, BTC and ETH can be used as the target of the ETF, positioned as a commodity ETF.

What is VanEck SolidX Bitcoin Trust?

Why is VanEck SolidX Bitcoin Trust so highly anticipated?

Based on the operation model, commodity ETFs can be divided into two categories: those with and without physical support. VanEck SolidX Bitcoin Trust is the only one of the current nine bitcoin ETF application proposals supported by bitcoin spots (the others are supported by bitcoin futures), which has a higher probability of becoming a physical commodity ETF target, so it is generally considered the ETF most likely to be approved.

What is the resistance against listing the Bitcoin ETF?

In January 2018, the SEC issued an open letter stating that Bitcoin’s extreme volatility and potentially low liquidity were not suitable for ETF trading patterns. Moreover, the SEC believes that there is currently no data or factual evidence that arbitrage can effectively prevent Bitcoin prices from being manipulated. Even if market participants diversify their funds for inter-exchange spread, by pooling funds and transactions, they can manipulate transactions within a particular exchange. Moreover, some market participants with monopoly positions may also use their position to manipulate the market. Furthermore, if the SEC changes the commodity status of BTC and ETH later, it will be even more difficult for them to become ETF targets.

What does the successful listing of the Bitcoin ETF mean?

The way the gold ETF operates is that large gold producers first consign the physical gold to the fund. Based on this, and the fund companies issues its shares publicly on the exchange, they are sold to various investors, and banks and brokers are responsible for its underwriting. The operation model of the Bitcoin ETF is similar. If it is successfully listed, it will further lower the investment threshold, expand the scope of investors, bring investors who are not familiar with the digital currency field into this market, and bring many of funds, banks and institutional investors to Bitcoin.