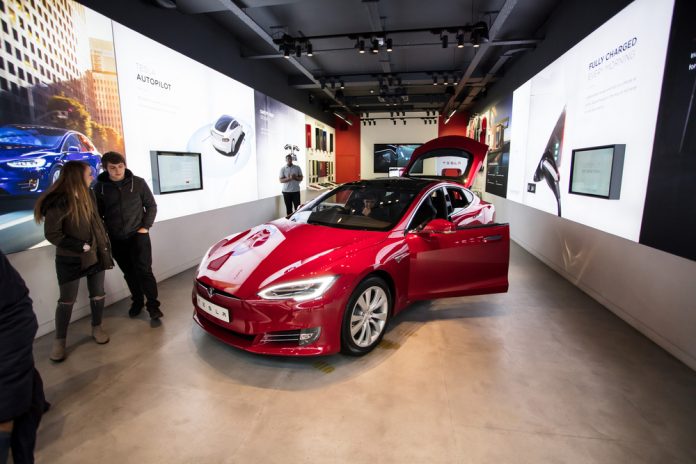 The number of blockchain startups springing up every other day is incredibly huge. While this is good for consumers and signifies the great growth the industry has undergone in recent years, it leaves founders with a mammoth of a task in marketing their startups. Competition is stiff both from established startups as well as the new ones with advanced features and lower rates. This makes marketing one of the most crucial contributors to success, and according to one expert, blockchain startups can learn a lot from the marketing techniques employed by Tesla. The electric car manufacturer was founded in 2003 and has grown to dominate the industry, and according to Tim Kulbaev, a marketing expert, its stellar marketing strategy has been the driving factor.

The automotive industry is fiercely competitive, with hundreds of companies trying to outdo each other in efficiency, luxury, size, speed, and other parameters. It’s also an industry that’s been dominated by the same companies for centuries. According to Kulbaev, the last vehicle manufacturer to go mainstream was Chrysler, over 90 years ago. This is because the big powerhouses spend billions to stay ahead, with Ford spending $2.5 billion in the US alone to advertise its products every year. With Tesla’s financial muscle being way less, it had to come up with an innovative marketing strategy, and it did.

The first step is creating awareness, Kulbaev noted in an exclusive interview with NullTX. While Tesla wasn’t the first manufacturer of electric vehicles – they have been around for over 130 years – the Elon Musk-led company revitalized the industry and had everyone wanting to get their hands on its flagship sports car. For blockchain startups, creating awareness and excitement in the hearts of potential clients is the surest way to get off to a flying start. Projects like Ethereum, TRON and EOS have created a buzz with their features that have had the industry awaiting the products eagerly and have consequently gone on to be among the biggest projects in the industry.

After the initial contact, properly embed your product in the mind of every potential client. The best way to do this is to conduct engaging experiences where you introduce people to the great benefits of using the product, both online and offline. Kulbaev, whose Rebound Crypto has helped blockchain startups raise over $30 million, advises blockchain startups to go the extra mile to engage with clients who have expressed interest in the product. This group is the likeliest to make a purchase or an investment, and provides a free and very effective advertising channel.

Once you’ve brought together a group of interested individuals, the best way to ensure they convert into sales is by asking for a small commitment. With Tesla, those who expressed interest in owning the Model 3 had to deposit $1,000 to guarantee delivery of the car at the earliest possible date. The company made $10 billion in just a few days from this, even though the Model 3 wasn’t in production yet. With blockchain startups, pre-sale ICOs and airdrops have been the method of choice, but according to Kulbaev, there is a better way.

By giving token holders value in the form of access to extra features of your platform, you attract more genuine and long-term users, as opposed to token speculators who are simply looking to get rich quick.

After the client commits, the next step is delivering the promised product, a step that’s overlooked but one that’s immensely important. The sales team must dedicate its efforts to ensure that clients are hooked on the company.

Having a clientele that’s loyal to its brand, a startup should consider upselling. This refers to selling additional product features which offer more value to the client, but which require them to pay extra. Tesla announced that its cars would be shipped with hardware that would support autonomous driving. However, it would be a paid feature. With most of its clientele being fiercely loyal to the brand, they ended up paying for it. In a similar way, blockchain startups should upsell their clients features that add value, which further creates brand loyalty and increases revenue.

At this stage, customers become ambassadors and advocates, spreading the word about your company to family, friends and followers, marketing your products for you for free.