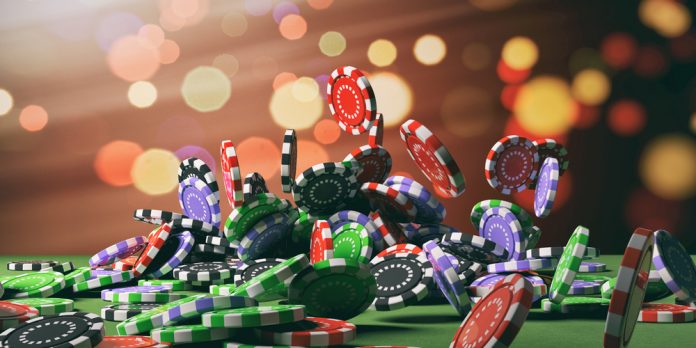 Molly Bloom is an entrepreneur, keynote speaker, and bestselling author of Molly’s Game. Her novel was made into an award-winning Hollywood film of the same name by Aaron Sorkin. The most prominent and well-known portion of Bloom’s career took place in the early 2000s, when she built an underground poker empire and rose to become the host of the most exclusive high-stakes underground poker ring in the world.

Molly Bloom hosted world-class celebrities such as Leonardo DiCaprio, Alex Rodriguez, Toby Maguire, and Ben Affleck. She also had encounters with members of the Italian and Russian mafias. According to Bloom, she has seen individuals lose as much as US$100 million in one night at her games. Much like the core fundamentals of the crypto space, Bloom’s core values throughout her memoir include accountability and privacy. To this day, she refuses to reveal the names of individuals connected to her games.

Bloom’s hosting career ultimately ended with an FBI arrest and seizure of her assets. Leveraging her previous experience and reputation, she now works to connect ambitious and entrepreneurial women with opportunities to make their mark on the world.

At the ChainXchange blockchain convention, at which Bloom was a mainstage speaker, I had the opportunity to ask her a few questions about cryptocurrency. The conversation began with Bloom’s current affinities and curiosities toward crypto.

“It’s been a little bit since I’ve been liquid,” joked Bloom, referencing the seizure of her assets, “but I’ve been sweating the action. I’m a little bit of a gambler, so I do know what it’s like to be out there and risking your net worth and see it go from zero to hero and back again… I think so much of where you’re at right now is managing the chaos… I can relate to it on that level. I also was the bank and issued the tokens in the form of a poker chip… I’ve been issuing tokens since 2004!

“These are some crossovers and similarities to which I feel akin. I also love a well-intended disruption. I love a rebellion. I think there’s a really cool financial component here, but blockchain is also a really aspirational technology that can be a huge revolution away from corruption, away from monopolies, away from the middleman. I’m really into that.”

I then brought up the key themes throughout Bloom’s story, privacy and accountability, and asked if that’s where the power of blockchain lies.

“No question about it. One reason why I’m so drawn to blockchain is the accountability and transparency… putting power back in the hands of the people. Privacy – for sure – when you have the government wiretapping you, privacy is important.”

From there, the conversation veered into decentralized gambling in the crypto space.

“I’m for decentralized gambling… I do think that addiction is something people have to confront in themselves, I had to confront it in myself, you know? I’m totally sober now and I had to get to that place of desperation where my life wasn’t working to make a correction. I think that’s preferable to a heavy hand coming in to control the system, and it’s not an attempt to control for the good of the people – it’s for the system.”

The conversation ended with some final pieces of advice.

“Do a lot of work on fear. Get to a place where you can manage the chaos without attaching to the chaos. Play the long game.”