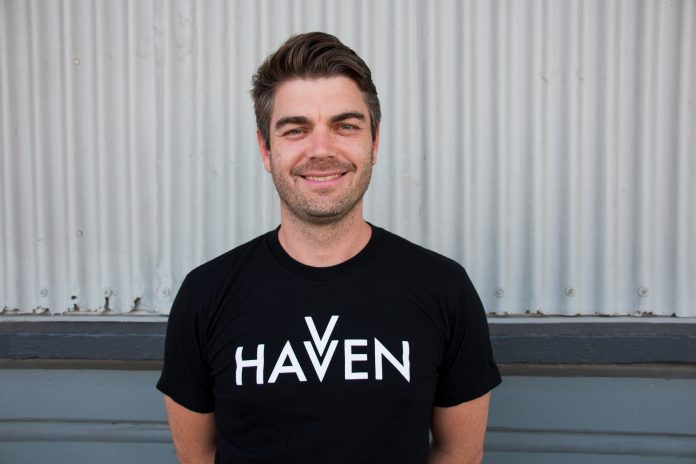 Havven is an Australian stablecoin project built on two currencies: its stablecoin, the Nomin, or nUSD, and its collateral token, Havven. The project raised US$30 million in its seed funding and ICO stages and launched its decentralized on-chain currency on June 11, 2018. In my interview with Havven founder Kain Warwick, we discussed Havven and the stablecoin market.

Leslie Ankney: Hey Kain, thanks for taking my call. Havven is both a payment system and a stablecoin. The whitepaper states, “Havven rewards suppliers of stability and charges those who demand it.” Could you give us a short description of how the Havven ecosystem works?

Leslie Ankney: Can you get more into collateralization? How do you ensure nUSD and Havven tokens retain value?

We’ve got a strong indication from the market that stablecoins will have a lot of demand. Tether, for example, with a market cap at three billion USD, demonstrates that there is demand in the market for a stable token. The challenge, obviously, with Tether is that there is systemic risk built into the centralized system. If we can implement something decentralized but scalable, then we will be able to create significant value. The Havven model is based on the idea that if people have strong demand for a stablecoin, we can charge them for using it. When we charge people for using the stablecoin, we pass the fees they pay through to the collateral holders, holders of Havven tokens. The Havven token has a floating price that varies depending on market demand.

Since there is an underlying reward for posting collateral by locking up Havven tokens, it should be easier to get a sense of what the expected value of holding these token is. This provides confidence for Havven token holders as well as the stablecoin users that there is value underpinning the system. In contrast, MakerDAO uses Ether as collateral to give people confidence their value will remain stable. Our system is very similar except instead of using Ether, we use Havven tokens, and whereas Ether has value because it’s part of the Ethereum ecosystem, the Havven token has value because you can expect a reward for participating in the Havven network.

Kain Warwick: Off-chain collateral models like Tether and Digix take a real-world commodity and lock it up as collateral. These models use a trusted system where you need to trust people who are holding those commodities. The second option is on-chain collateral which is at least transparent; you can see the value on the blockchain and it doesn’t require a trusted authority. The third solution is algorithmic, where projects like Basis, Fragments, Carbon, and others essentially want to manage the supply of money in order to maintain the price.

I think in terms of efficiency and capability, algorithmic stablecoins are significantly better than the collateralized models which are somewhat capital-inefficient. Their challenges are implementation and adoption. It’s a very hard problem to solve and it’s going to take a while, whereas collateral-backed solutions are easy to implement, allowing us to get to market, as Tether has, and create network effects. The next six months will be interesting; my view is that collateral-backed solutions will have a significant head start over algorithmic solutions.

Leslie Ankney: What kind of security auditing are you doing to ensure all coding around Havven works reliably? What kinds of changes have you made as a result of audits, and what kind of continued work are you doing?

Kain Warwick: We released the initial Havven contracts in eUSD, our provisional stablecoin [initially backed by Ether]. Those contracts were audited by Australian company Sigma Prime. We also use ZK Labs, with one member from the Ethereum core developer group serving as one of our advisors. He has helped review code, guided us on some of the implementation work. For the nUSD launch and the update with the contracts, we have actually engaged a second auditor, Bloctrax, who just finished the ZeppelinOS audit as well. Both auditing firms have only been with us six months, but they have already added significant value and are working closely with our engineers.

Leslie Ankney: How do you avoid price manipulation? For example, on March 18th, 2018, approximately four million USD was liquidated to repurchase four million in Dai. When this auction occurred, the price of Dai spiked from $1.00 to $1.11 which could net someone almost $300K in profit. Another example happened with Nubits where a group of buyers appeared to have pumped a small market of the collateral token and then dumped it, breaking the peg.

Kain Warwick: One of the challenges collateral-backed stablecoins have is that as floating assets, the market determines price. While it’s fair to criticize a short-term spike above or below the peg if a platform can’t absorb it, the real test comes down to the cost of attacking or exploiting a system. The goal is to have the cost to attack be too high for someone to want to exploit it. For example, once TrueUSD was listed on Binance, it went above the peg, representing the fact it’s being traded and the market is determining its value. For me, an expectation of perfect parity with an underlying asset is probably unrealistic in the short term.

If Tether with USD can’t maintain a peg, such as when the Chinese exchanges were shut down, you’re limited by the market. The ultimate goal is to prevent someone from having an incentive to exploit the market. In our system, the underlying value of nUSD comes from the Havven token. If someone is selling nUSD at below par, collectively all Havven holders are incentivized to purchase it to unlock their Havvens. Our distributed network incentivizes members to purchase below the peg. In the short term, if someone was willing to lose quite a bit of money to de-peg the asset, it would only last as long as they had cash reserves, and ultimately, that’s not a profitable strategy long term.

Leslie Ankney: How do you see mass adoption coming for stablecoins?

Kain Warwick: I see two parts; first, there’s the core crypto use case for trading activity on decentralized platforms. Tether wasn’t a solution for decentralized projects, but other stablecoins can be used on DEXs as well as in prediction markets and lending platforms. Once we have viable stablecoins that can scale, many platforms will begin to use them, in turn, getting the rest of the world to use them.

The second part is real-world commerce. I come from an e-commerce background, so it’s easy to see where businesses who take recurring payments, for example, will have a much more efficient solution for settlement, removing the high costs of converting currencies. For consumers, we’re likely to see loyalty points and rewards platforms that encourage people to use cryptocurrency and stablecoins in the future.

Leslie Ankney: Thanks for your time today. What’s next for Havven?

Kain Warwick: We’re launching on the 11th, a milestone for our project and for Ethereum, with two stablecoins on mainnet. Stablecoins present an unsolved problem and we look forward to seeing more competition in the future. It’s going to take a new decentralized stablecoin with a market cap over $100 million to get exchanges to see past Tether as the default solution; we’re ready to take on that challenge.