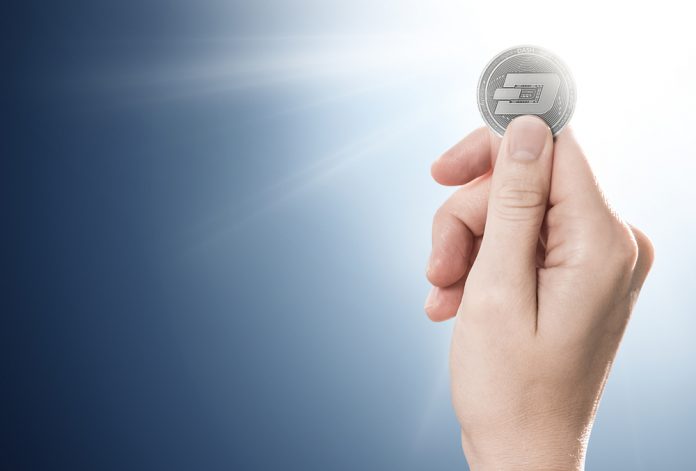 Many people inside the cryptocurrency community spend extended periods of time in front of their computers. When they do take a break and step out into the real world, they often have a hard time explaining what they do. The very words “cryptocurrency” or “blockchain” often provoke ill-concealed smirks or outright guffaws followed by remarks like, “Oh, but that’s all a scam,” or “You’ll never replace real money with cryptocurrency.”

Those who’ve heard a little (or even a lot) about Bitcoin generally know about the rampant volatility, high-profile hacks, perhaps its association with the Silk Road and ransomware, or the fact that major economists have labeled Bitcoin a bubble.

And many of their arguments are valid. Even some of the most invested in the space building blockchain companies of their own still use PayPal or bank transfers as their payment method of choice. The irony is not lost, but neither is the problem. The fact is that most cryptocurrencies simply haven’t reached a point where they’re a viable daily currency.

There’s too little infrastructure, lack of regulation, usability issues, question marks over taxation, legality, and security. And then, of course, there’s the volatility. If you’ve ever heard of buyer’s remorse, never does that apply more aptly than to a person who bought an apartment in Bitcoin at the end of 2017 and then watched the prices tank.

In Other Words, Man (or Woman) Shall Not Live by Cryptocurrency Alone

Yet, volatility, like all things, is relative. Complain about even Bitcoin’s rise and fall in value to the people of Venezuela. Their national currency, the bolivar, just devalued by 95 percent, and the country’s inflation level is on track to hit – wait for it – 1,000,000 percent (one million) by the end of this year. What’s a little 5 percent – or even 50 percent – drop compared to stats like that?

Then there’s Joël Valenzuela, Partner and Public Outreach Director at Dash Force. The man who closed his bank account in 2016 and has lived off cryptocurrency ever since. Despite the volatility, despite the daily struggles, Valenzuela is sticking to his principles. Man shall live by cryptocurrency alone. And he’s proving that it’s possible.

Valenzuela’s story isn’t conventional. Growing up in Mexico in the 1990s, he saw the effects of currency devaluation firsthand. “I was always aware that currency inflation hurts people. When people work all their lives for it and the value diminishes, it’s devastating.” So he set about finding out how to make a more stable currency and moved to New Hampshire in 2013.

As the freest state in North America, New Hampshire is home to the world’s largest community of pro-liberty thinkers and activists, working to reduce the impact of the government, bring down taxes, and live a freer and more prosperous life. If ever a group of people were destined to get into Bitcoin, it was these folk.

“Some 3,000 or so people from the movement accepted Bitcoin right away [in 2013],” Valenzuela explains. “It was kind of like an unspoken pledge to use it. I was fascinated by the fact that you could get it instantly, how easy it was to send back and forth, a real, peer-to-peer digital currency. I thought, when the rest of the world starts using it, this is going to change the world. People can use something that’s strong.”

Standing by Your Principles

Valenzuela’s early days in the states saw him actively working in Washington, D.C. as a fundraiser. “I always cared about making humankind as a whole freer and more prosperous.” And his early years spent watching the Mexico peso devalue and his parents struggle to put food on the table were ever-present in his mind.

“You cannot understand prosperity without knowing the opposite,” he says. “In Mexico in the rural north, there are people living in shacks with no roofs. There is so much inequality in this world. You can’t sit in your bubble without any context of what is going on in the world.”

Valenzuela has been accepting Bitcoin since 2013 but always as a means of currency, not as a get-rich scheme. He says, “People assume that those of us who started out with Bitcoin back in the day are extremely rich, but even last year, I was stressing over how to pay rent. There have been times when I’ve been cleaned out by a monetary dip like in 2014. There are times when everything is amazing and times when everything crashes.”

By the beginning of 2016, he decided it was time to stand by his principles and only accept and live off Bitcoin. At the time, there were plenty of vendors who worked with Bitcoin and you could buy a cup of coffee or a slice of pizza with relative ease.

“It worked very well for most of 2016,” he says, “but then transaction times and fees started to go way up. Sometimes, I would try to make a purchase and it would take an hour to confirm. I was wandering around the store. Other times I was trying to buy something under a dollar and paying 50-cent fees. The whole thing broke down. I could no longer live this way. So I thought, do I give up? Or do I try to find a way to make it work?”

Valenzuela chose the latter option and started looking at the list of available cryptos. “Ethereum wasn’t used as money and wasn’t convenient,” he says. “Ripple didn’t have the recent push to use the XRP token; there was no way I could use Ripple. Litecoin was abandoned at that time I believe. Then I looked at Dash. There were just enough services that accepted Dash and at the time it was really Dash or nothing. Dash was the only thing people were trying to use as money.”

While speaking to Valenzuela, so many unanswered questions remained in the back of my mind. Was it really and truly possible to live using only Dash? What happened when he wanted to travel? Eat out? Pay for groceries? Settle his rent?

“It has had significant effects on life,” he admits. “There’s much more planning, more workarounds, limited variety and limited options for eating out. You know one place in town and only go there. When it comes to groceries, I buy all my organic produce from a local farmer who accepts Dash.”

It’s pertinent to remember that Valenzuela lives in the freest state in the United States where there are nearly 30 businesses that accept Dash in a town of just 24,000 people. “There are also a few property groups in New Hampshire that take Dash,” he says. “They used to take Bitcoin, but there are plenty of places where you can take crypto, especially if your landlord is a member of the Free State Project.”

But that’s New Hampshire. Good luck moving to the midwest or a backward European fishing village. Yet Valenzuela doesn’t live in a bubble. He travels frequently for Dash conferences, even on a global scale. How?

“You have to plan your trips really well,” he explains, “but there are websites like cheapair.com where you can pay with crypto and rental cars and hotels. You can also buy gift cards from hotels.com and gift cards for Uber. You have to pay vast chunks of your trip before you go.”

And what about when you get there? “There’s a Free State Bitcoin shop with a crypto ATM and they sell gift cards, one of which is a prepaid Visa card. I take one of them just as a backup,” he says.

Yet Valenzuela isn’t crazy about the idea of using established payment rails for cryptocurrency. That’s getting uncomfortably close to the current banking system. So, how else do you grow the Dash network? Spread the word about digital cash and get more people to accept payment in cryptocurrency?

“Always remember that it’s about the exchange of value. Ask, is this something people value? If it is, you should absolutely be able to pay that way…. When I went to a conference in San Diego, I managed to get a kombucha shop to accept Dash. In Austin, we found a food truck that also accepted Dash, and when I went to a conference in Austria, they have a House of Nakamoto in Vienna that has a few ATMs and other services. It makes you a real problem-solver, but it’s starting to flesh out a lot more.”

And while he argues that the infrastructure has gotten worse for most cryptocurrencies, Dash is stepping up a few gears.

Valenzuela founded Discoverdash.com, a global directory of merchants that accept Dash. “The gaps in the map are filling out a lot more,” he enthuses. “In the US, yes, but also in Kiev [Ukraine], Venezuela, Ghana, Lithuania… Australia has well over 100 merchants who take Dash. I believe you can travel pretty much anywhere in the world and you will be able to find someone who will accept Dash. We now have a universal baseline where you can use it somewhere, and you’ll be able to see that change in rapid succession.”

What Challenges Lie Ahead?

There are still plenty of bumps in the road to mass cryptocurrency adoption, from lack of infrastructure to usability, regulation and taxation issues. “Cryptocurrency is not user-friendly,” he admits, “with those long cryptographic hashes, writing down long seeds… and how do you tell someone your Dash address? Uppercase A, lowercase b, dash…. it’s impossible.”

Yet there’s plenty of work being done at Dash that will resolve these issues. And Valenzuela believes that in the same way as we’ve seen innovative developers working on the Ethereum blockchain with DApps, the same will soon happen with Dash.

“An update is being implemented in the Dash Evolution wallet by the end of the year that will replace long cryptographic hashes with usernames and it will generate a new address each time. So you can send Dash to ‘theflyingmonkey’, for example, and it will be so much easier to use.”

And what about the volatility? What can be done about that?

“Volatility,” says Valenzuela, “is tied to speculation. Buying something and hoping its price is going to be different on another day. Bitcoin has transitioned away from a means of exchange to a speculative asset; that’s what’s driving volatility. If you have a remittance business, if you buy Dash and send it to people at home in Venezuela – and we’re coming up on 1,000 stores in the country – when the prime customer is someone who wants it to use it rather than speculate on it, it will grow by leaps and bounds.”

He admits there’s still a lot of work to do, but also reminds us that Apple Pay isn’t widely used either. Dash is getting serious about growing its network, working on infrastructure, scalability, and usability. “When we have something so easy your grandma can use it, there’s nothing stopping this cryptocurrency from taking over the world,” he says.