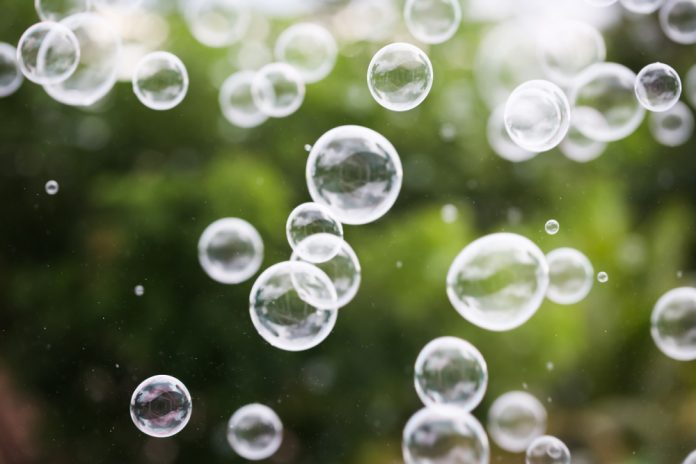 Blockchain technology attracts a lot of companies and investors. Virtually everyone sees this industry as the next big thing. Blockchain spending is still rising as well, even though no one has been able to deliver on the hype associated with distributed ledgers. At this rate, blockchain will not move beyond its ‘bubble’ phase anytime soon.

Although excitement surrounding blockchain technology has been palpable for several years now, it seems the frenzy continues to intensify. More specifically, the overall spending associated with blockchain and distributed ledgers is not slowing down. Although the year is only halfway over, overall blockchain spending in 2018 is already larger than in all of 2017.

Whether or not that is a good thing is subject to interpretation. Although one can easily see the benefits of people investing in various blockchain startups, there are also concerns over how this industry suffers from the bubble effect. Investors continue to pour money into companies which are working on a technology that may or may not offer any real-world use cases in the end.

Even though there has been talk of a cryptocurrency bubble, it is evident the blockchain industry is going down the same path. Especially now that investors are spending more money on unproven technology with very few real-world commercial applications, the industry will be under even more pressure. Companies will need to begin delivering on their initial promises, even though that is much easier said than done.

Of the companies raising millions of dollars in the past few years, a fair few have disappeared or changed their business models entirely. Experts still predict that over 90% of blockchain projects will fail, yet that doesn’t deter big investors from throwing money at them. A new report by KPMG only confirms this worrisome trend. A lot of projects are now attracting large sums of money, although most of their funding rounds are associated with companies already entrenched in the blockchain and cryptocurrency world.

KPMG noted the following along with its findings:

Investments in insurtech and regtech are expected to grow over the next 6 months, in addition to investments in enabling technologies like AI, RPA and blockchain. Open banking will likely continue to gain ground around the world — including Asia, where the Hong Kong (SAR) Monetary Authority recently published its open API framework.

One silver lining of all this crazy behavior is that more and more companies are transitioning from an experimental phase to actual adoption. Although it is still difficult for corporations to pick one blockchain over another, it has become evident that some teams actually have a working product, even if it is still in early alpha stages. Those companies which do not have a working prototype will feel increasing pressure as time progresses.