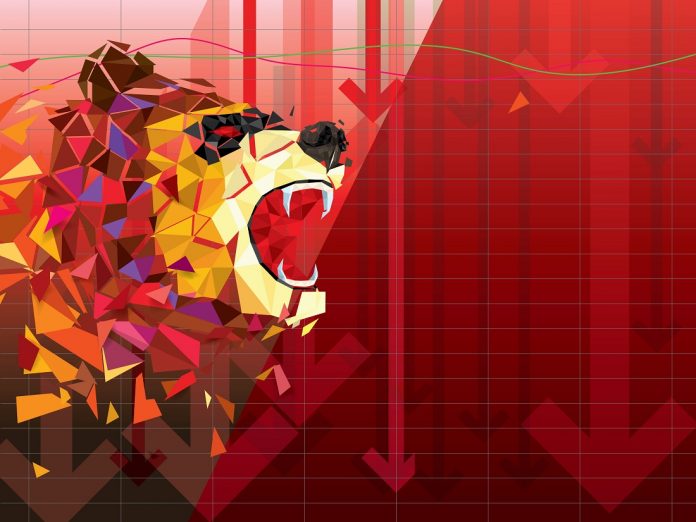 It has become painfully obvious all cryptocurrencies are going through a very rough period. This trend will not necessarily change anytime soon either, which is perhaps even more worrisome. Finding a solid explanation for the extended bearish market trend is not necessarily all that easy. It seems a lot of factors are at play here, although that doesn’t mean the current situation will not improve either.

The Bitcoin Depression of 2018

The first major reason why the Bitcoin price has declined throughout 2018 is simply because the currency was overbought in the previous months. A major price uptrend began shaping up in late 2017 and early 2018. No financial market can rise by over $10,000 in mere months without returning to a more normal price level afterward. For Bitcoin, this trend has taken a very long time to reach a more normal BTC price, but it seems that level has now finally been reached.

A retrace from over $19,000 to under $4,000 over the course of several months is never fun to watch. Unfortunately, that is exactly what happened to Bitcoin in 2018. Whereas many people identified $7,500 as a key support level, that turned out to be incorrect. The $5,000 level has not been maintained either, and $4,000 is no stable support level at this time. A dip to $3,000 is still very much a possibility, although that value may not be reached in the foreseeable future.

Furthermore, as the price declined over the past year capitulation played a key part in pushing the market down further. Many investors decided to cut their losses and exit the market before things turned even more sour. Capitulation usually happens either when the trading volume spikes, or when there has been a prolonged bear market. For Bitcoin and cryptocurrency, the latter is most likely the cause.

One also has to keep in mind this problem is not native to the Bitcoin industry. Stocks have also seen a rough period throughout 2018, which further confirms investors have turned rather bearish in quick succession. In the past, a bearish stock market trend would seemingly push people toward cryptocurrency. This year, that has not been the case, although that doesn’t have to be a bad thing either.

Why do you think #bitcoin price has fallen so much?

On the upside, it is not the first time Bitcoin sees an extended bear market. The same scenario unfolded throughout 2014 after the Mt. Gox exchange allegedly went bankrupt. It took a lot more time for the market to stabilize following that development, let alone signal further gains. How that will affect the current Bitcoin price momentum, is difficult to predict. Things should in theory turn around eventually, but for now the pressure will remain in place.

There are also those who consider the recent Bitcoin Cash network protocol upgrade as a contributing factor. One has to acknowledge the bearish pressure was in place well before Bitcoin Cash underwent its upgrade, although it is possible this may have caused even more controversy and dismay in general. Mining pools taking hashpower away from Bitcoin to mine Bitcoin Cash is a controversial measure. Additionally, there is a chance some mining efforts were funded through selling Bitcoin, albeit that might not warrant a 15% decline.

Any concerns regarding market manipulation can also be ignored, for the most part. Although some traders may try to swing the market in a specific direction, it remains doubtful that would have such a big impact. The ongoing crackdown around the globe against crypto firms should impact the price in a positive manner, rather than drive it down further. As such, there is no “one reason” to explain this downtrend, but all factors combined can effectively result in a significant price decline. For now, it seems the scenario will continue, at least until further notice.