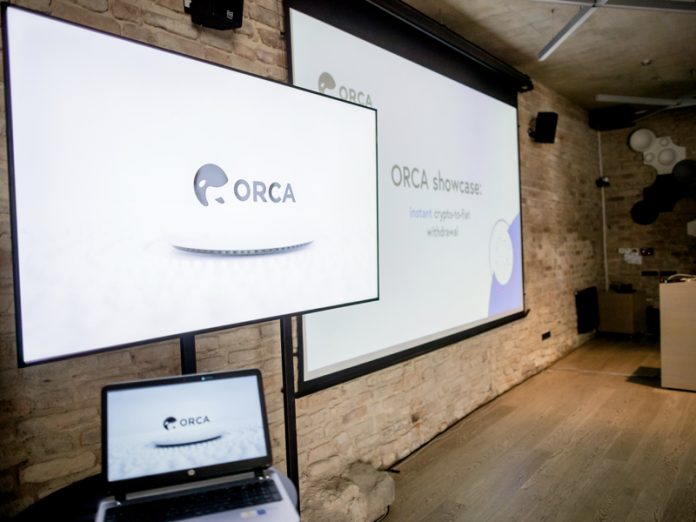 Think the headline screams a bit too much? Well, first go through our points and make the final decision afterward. Sounds fair enough?

If you think that people will continue using digital applications on their phones to send or receive information (including value transfers), and believe that cryptocurrencies are to become a noticeable part of the global economy then ORCA is a no-brainer.

Fintechs are sexy and now is the time to shine

The idea to run a successful company has to start with a problem that’s really bothering people and give them a solution they can use without a big hustle. For years running the general public is not satisfied with their banking service. Usually, they had no alternatives. That was until fintechs started appearing and making processes faster, easier and more accessible.

Investors and fund managers did not fail to recognize this trend and set to pour money into fintechs. Capital invested in companies building solutions for financial technology has increased more than tenfold during the last decade and show no signs of stopping. In fact, the pace is estimated only to increase taking notice of the sudden rise of cryptocurrencies.

Moreover, ORCA is situated in the middle of an upcoming storm brought about by PSD2 directive which will hit the European banking sector — Open Banking. It will make banks and legacy financial institutions to open their client data to create a more competition-driven and transparent market. By traditional banking services via Open banking, building a marketplace for decentralized services and combining them with the opportunities entrenched in cryptocurrencies ORCA is positioned to squeeze the best of both worlds. Just in time when both crypto and Open banking are just making way into the minds of consumers.

PSD2 and Open Banking start with European banks. They are considered to be the most stable and risk-averse financial institutions in the world. And other regions are watching closely, there is news coming from countries like Mexico, South Korea, and Australia that similar directives will be adopted in the future.

The number and cumulative value of fintechs will only escalate in the upcoming years.

ORCA business model allows adding banks, wallet services and extra features with every update. It is an asset that can be layered. Every additional layer adds functionality, increases possible combinations by order of magnitude and grows the value of the network. That’s Metcalfe’s law in effect. Of course, it requires a substantial amount of users to kick in, but once it does it just grows on its own.

It’s a big advantage to have areas to experiment in. And with the uncountable ways to combine, sort and customize payment gateways, ORCA will resonate a magnetic force attracting users from different backgrounds and with personal objectives.

There’s a reason why “API” is becoming a new buzzword in the financial sector. It is so because it opens the gates to deploy and merge the latest technology providing frictionless services through a user-friendly interface. Essentially it acts as a multiplier effect.

ORCA platform aggregator function is structured around APIs. Whether it is a digital coin wallet, cryptocurrency exchange, payment institution or a bank — all inter-terminal connections will involve APIs. The sky is the limit on API utilization — if you have ideas and resources to implement them, possible iteration cycles are endless. You can always add another layer on top.

“Digital-only banks have numerous benefits in an API-oriented world. They have been built from scratch to foster innovation and clever design, and they do not have slow cultures or systems to bog them down. Some of these new challenger banks may thrive by offering marketplaces of API-based services that other banks can turn to <…>” — World Retail Banking report 2017

Given the nature of the platform, partner clients become ORCA users in one way or another. It’s a clever scheme to add users without spending a dime. ORCA offers an alternative interface with added features and some people will spill over to the platform. If they like the UI/UX that is. One may call it stealth user adoption.

Whether it be clients of legacy banks, cryptocurrency traders, your regular long-term hodlers or curious testers attracted by innovative solutions, all are more than welcome to join ORCA. Planned efforts of a ‘bring a friend’-like initiatives, cashback programmes and other user acquisition-driven actions will only increase the incentive to join the platform.

According to the World Fintech Report (2017), almost a third of adults who have a bank account also have an account with a non-traditional banking institution. The significance is even larger within the millennial generation. Scaling added services and payment gateways also help to scale users as well.

A platform built by the industry’s titan

It’s likely the case that every single API connection of a third-party bank or another provider will require a secular approach. At least in part. But the general framework will stay the same. Through time and experience, development times and required man-hours will decrease therefore reducing incurred costs. Practice makes perfect.

ORCA has the right people to make it happen. Led by a disciplined leader with a proven track record — Sigitas, ORCA’s system architect. Sigitas was one of the original team members who built GetJar — the first wide-scale app store on the internet. Later on, came the Apple store and Google Play to dominate the market, but to this day GetJar has around a million apps with 300,000 daily downloads.

It’s a project with low risk but huge upside potential, especially in the medium to long-term. It may not happen overnight, but it will happen. ORCA is not the best case for a quick flip on the secondary market, however, it will serve as a solid alternative to for portfolio diversification. Now is the age of fintech.

Unless a major setback happens or development fails miserably, there’s a strong sentiment that ORCA will succeed.