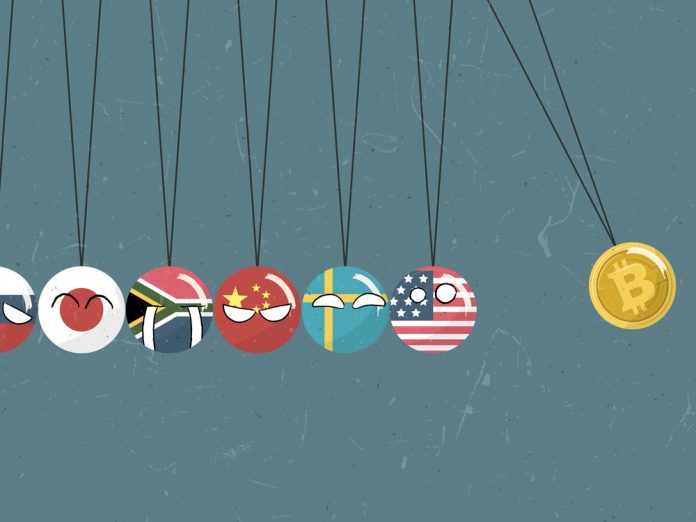 Isle of Man, the tiny British Crown dependency situated between England and Ireland, was perhaps the first nation to embrace cryptocurrency. Its welcoming approach to crypto dates back to 2014, and represents perhaps the first location in the world to have enabled individuals to carry out their daily duties fiat-free, as a number of businesses across the island welcomed the use of Bitcoin. However, with last year’s explosion, the small island saw itself overshadowed by much larger counterparts.

The Race to Become a Blockchain Hub

Now, countries worldwide, led by Malta, France, and Switzerland, are vying to become global hubs for blockchain tech and cryptocurrency. All three have taken measures to cut cryptocurrency tax rates and create favorable regulatory environments for prospective businesses to move operations within their borders.

Malta seems to be leading the way, as it has won arguably the top business within the cryptocurrency space, Binance. The year-old startup, which eclipsed a valuation of US$1 billion in mere months, is in the process of moving its headquarters from Hong Kong to the gaming capital of the world. This move is poised to generate an immediate double-digit increase in the GDP of the Mediterranean island, and the long-term effects could be far greater.

Switzerland’s approach is also promising, as it’s already seen hundreds of cryptocurrency businesses flock to an area they are calling “Crypto Valley”. Banking constitutes a massive portion of the Swiss economy, and, as the banking sector is becoming increasingly threatened, the European nation is seeking to reinforce its economy with massive crypto activity. As a country that already operates largely as a cashless society, a future transition to cryptocurrency should be relatively seamless.

Compared to the other two, France still has progress to make. Recently, the nation slashed cryptocurrency tax rates by almost 60%. Additionally, the head of France’s ministry of finance declared “full and resolute” support for cryptocurrency. The French Tech Ticket, a funding grant and incubation system for tech startups, recently named its 70 recipients, many of which were blockchain-centric startups. By incubating promising initiatives, France is trying to build its cryptocurrency sector from the ground up.

Venezuela’s Petro is perhaps the most interesting approach taken by a government thus far. The state-owned cryptocurrency, which held a sale for private investors last quarter, is an oil-backed stablecoin, with each Petro representing one barrel of oil. Petro is meant to allow Venezuela to bypass US sanctions in order to trade its oil with other nations and private firms through the exchange of Petro. Internally, it provides a medium of exchange for citizens that is not subject to Venezuela’s disastrous hyperinflation. However, Venezuela (at least openly) has not yet begun exchanging Petro with other entities.

There are a number of applications and components of cryptocurrency that enable activities not previously possible. It will be interesting to see whether cryptocurrency plays a symbiotic or adversarial role vis-à-vis governmental bodies worldwide.