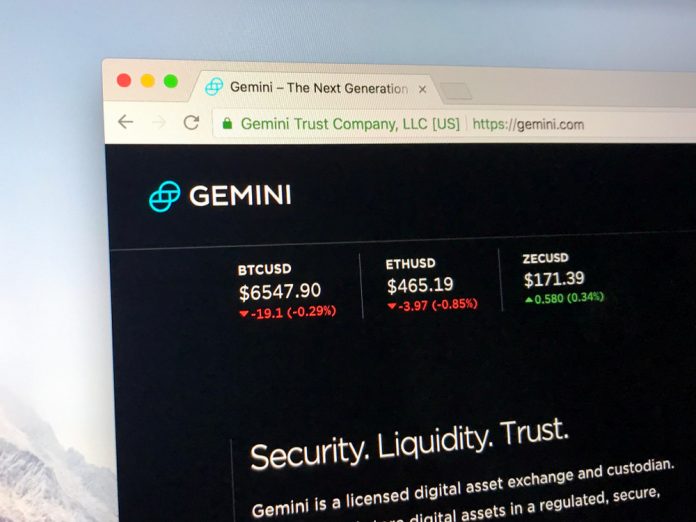 Tyler and Cameron Winklevoss have received the regulatory approval required to issue their stablecoin, Forbes reported on Monday, September 10. The new stablecoin is known as the Gemini Dollar and is developed on the Ethereum blockchain. The Winklevoss twins will issue the stablecoin through their Gemini Trust Company, with each token being backed by one U.S dollar in reserve.The fiat will be held by financial services giant, State Street in what is its first venture in the field.

The approval comes in tandem with yet another approval for the issuance of a stablecoin granted to Paxos, the company that operates itBit crypto exchange. Paxos’ stablecoin will be known as the Paxos Standard Coin and will also be developed on the Ethereum blockchain.

Once an area that was dominated by Tether with very few others interested, stablecoins have offered a new frontier for growth that many companies are striving to dominate. The Winklevoss twins are among those out to take over the industry and despite the existence of several competitors, Tyler Winklevoss believes the Gemini Dollar will have an edge over its competitors. The CEO of Gemini, Tyler revealed a “network of trust” that will ensure there is no shady business that has become characteristic of the stablecoin industry. Tether, the biggest stablecoin and the second-most traded crypto after Bitcoin, has become enshrouded in never-ending controversy as accusations of price manipulation emerge from several industry players.

For one, Gemini will work with a trusted financial services giant, State Street. The Boston-based corporation will hold the dollar reserves in an FDIC-insured account, with San Francisco-based audit firm BPM conducting an audit every month to ensure that every Gemini Dollar is backed by a dollar in reserve.

While Gemini didn’t reveal if there are clients who are lined up to purchase the stablecoin, Tyler stated that the Gemini Dollar would target decentralized applications built on the Ethereum network as well as investors and traders seeking to move value. As revealed by the report, the stablecoin will comply with ERC-20 token standard and will thus be easily interoperable with other ERC-20 compliant services.

The Gemini Dollar will greatly ease the burden for traders on the Gemini crypto exchange, Tyler explained. Previously, traders could not move fiat value at night or during the weekends. However, with the Gemini Dollar, they can move their value at any time and redeem it for fiat currencies any time they wish.

Gemini is not taking any chances with its security and has hired New York-based security firm, Trail of Bits. The firm is highly regarded in the crypto and blockchain industry, being the current chair of the Enterprise Ethereum Alliance’s security task force. Trail of Bits has been working on Gemini’s stablecoin for months, identifying any issues with the code which the firm quickly addressed. The security firm even sent two of its engineers to analyze Gemini Dollar’s code for two months.

Earlier in the day, the New York Department of Financial Services (NYDFS) also gave the green light for the Paxos Standard Coin, a stablecoin developed on the Ethereum blockchain by New York-based Paxos Trust Company. Paxos is the parent company of itBit, the 46th largest crypto exchange at press time, having facilitated $22 million worth of trades in the last 24 hours. The stablecoin will be backed by U.S dollars as well which will be deposited in four different banks, Paxos CEO and founder Charles Cascarilla revealed. Trading as PAX, the stablecoin will be used on the itBit exchange, with Paxis hoping to list it on other exchanges in due time.