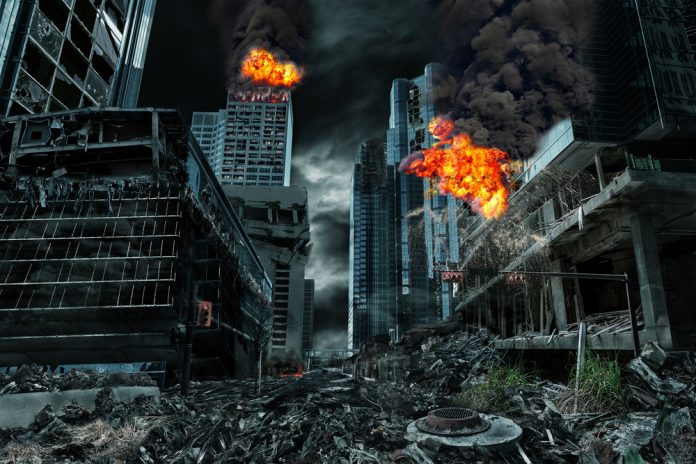 Once again we must endure another downturn and many pundits in the cryptosphere are singing about the death of Ethereum and advising people to cut and run. But how many times do we need to hear the sky is falling before we figure out the sky never falls, however; it tends to turn black from time to time and even spit out some pretty terrific storms that can cause lots of havoc.

As of this writing, Ethereum is at $195, and in the world of crypto, this seems to be one of those black cloud times when many people will run for cover hoping not to get creamed by the weather that is hitting them. If you have all of your cryptocurrency investments centered on Ethereum, then it is understandable why you might have a panic attack or two.

But, if you are a long-term player that has his/her investments diversified knowing markets will rise and fall and it’s the investor who looks ahead by years, not days, that will come out on the other side with more than they entered, then you will be prepared to ride out any such storm. Even with Ethereum’s Vitalik saying things that aren’t all that encouraging about how adoption strategies are not working and that there isn’t any room for big growth anymore as there was in the past for cryptocurrency, the future of Ethereum is still bright for those who look past shallow speculations and knee-jerk reactions.

Now, if you’re looking for a 1000x growth in Ethereum soon you are likely to be disappointed. That doesn’t mean other cryptocurrencies don’t have room to grow this much, but just remember the circumstances for each type of coin is different and you shouldn’t make blanket assumptions about all from the behavior of a few, or the one.

Knowing speculation is one major driving force behind the cryptocurrency market it is no wonder that Ethereum is going low because of a vast amount of negative speculation happening for them right now. Many investors are betting against Ethereum, and with ETH Futures becoming a likely thing soon, there is even more reason for people to continue investing this way.

Coinbase, however; is still very bullish with Brian Armstrong saying there will be at least a billion people using cryptocurrencies within the next five years, and this means they predict that adoption of crypto tokens will soon take off and that slowly, but surely, the technology will change economies and eventually lead to wide-scale usage. This view might lead one to consider buying Ethereum while it’s low, along with other cryptocurrencies having promise, instead of doing a jump and run because it is the future we should speculate on.

Coinbase believes this so much they are doubling their staff to prepare for the expansion and adoption of crypto. They believe we are finally past a point of no return and they want to be the ones who put token trading on the big map. So, this might just be the time to get involved and if you are already involved it may be the time to increase your involvement. If you believe there will always be ups and downs in any market where assets are traded – it is the market itself that lives on no matter what happens to the tradables within – then you will find a way to be one of the winners in the game of cryptocurrency trading.