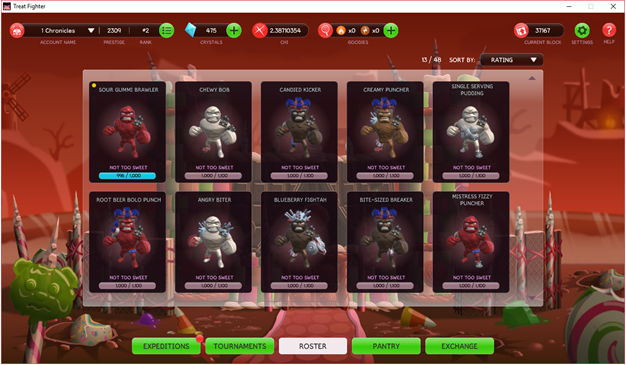 Malta-based Xaya, previously known as Chimaera, is a gaming blockchain platform that looks to massively disrupt the $100 billion market on a global scale.

With many suggesting that the combination of blockchain technology and video games will bring forth the next generation of gaming, Xaya looks to pivot itself as a leading solution provider.

The same inventors behind Xaya are also the ones behind arguably the first gamified blockchain, Huntercoin back in 2013.

Xaya is a custom blockchain, specifically designed for gaming through its real-time, costless, and infinitely scalable gameplay capabilities. Thanks to its decentralized nature, gamers have complete ownership of any virtual characters and assets that they may earn.

Xaya’s first game, Treat Fighter, will launch soon on their Mainnet. The game was developed by TrickyFast studios and is a strategy game in which players must battle other players with their candy armies that they grow by carrying out expeditions, collecting resources, and crafting treats.

Soccer Manager Crypto, Xaya’s second release, is scheduled to launch on the Xaya blockchain by the end of this year. With over 50 million downloads, SMC will become the most popular blockchain game instantly.

Also scheduled for later this year is Xaya’s main token sale. The private and public presales have already concluded before the launch of Xaya’s mainnet, so this will be the last opportunity for early adopters to acquire Xaya’s tokens at low prices.

The sale is scheduled to begin August 29th, where it will last for 6 weeks. The sale will be hosted off-site, on Qryptos exchange platform.

Another thing to know is that any previous CHI purchases will not be available until this coin sale has come to an end.

However, pre-sale participants will receive a placeholder amount of 50 CHI in which to start playing and registering names. Users can also sign up on the forums to receive free CHI to play with.

This ensures that gameplay and other activities that occur on the network remain equitable for all.

While Xaya already has two games that are expected to be hits on the way, the platform is open to all and is asking for outside developers to begin building projects on their platform.

Knowledge of Solidity or another blockchain programming language is not required, which makes Xaya the simplest platform for developing blockchain games. In fact, Xaya games can be coded in any language of the developers choosing, allowing budding programmers and experienced veterans alike to contribute games to the platform.

For more information about the public sale, or to learn about the platform, check out Xaya’s website. To meet the team behind the project, check out their LinkedIn page. To talk with the community and team members, make sure to hop into their Telegram channel. For social media updates, make sure to follow their Facebook and Twitter accounts.