On Tuesday, May 25th the XRP by Ripple goes a bit down, its volatility still being high. The instrument is mostly trading around 0.4723.

On H4, we see the XRP break through the previous consolidation channel and test the resistance zone, turning it into support. This may signal future growth up to the resistance line of the midterm channel around 0.5680. However, it is worth noticing that a midterm divergence is forming on MACD, which in its turn might mean the beginning of a short-term drop to the support line around 0.4160. 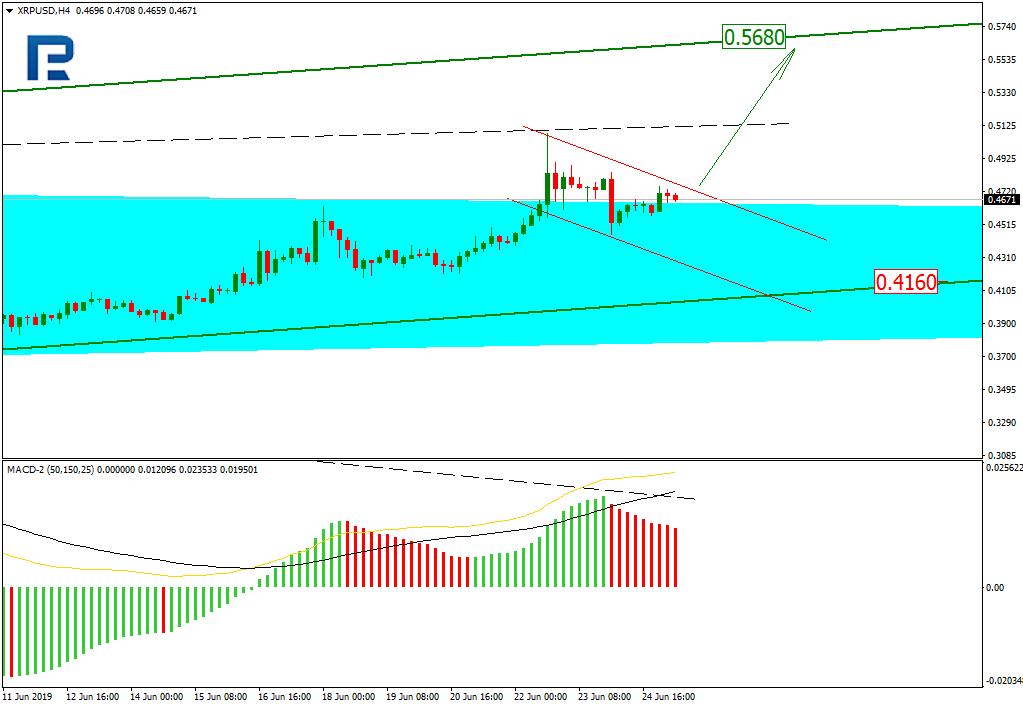 H1 shows a short-term descending channel forming. However, looking at the “golden cross” of the Stochastic, it is worth keeping in mind the possibility of a local breakthrough of resistance at 0.4720 and growth to the main goal. 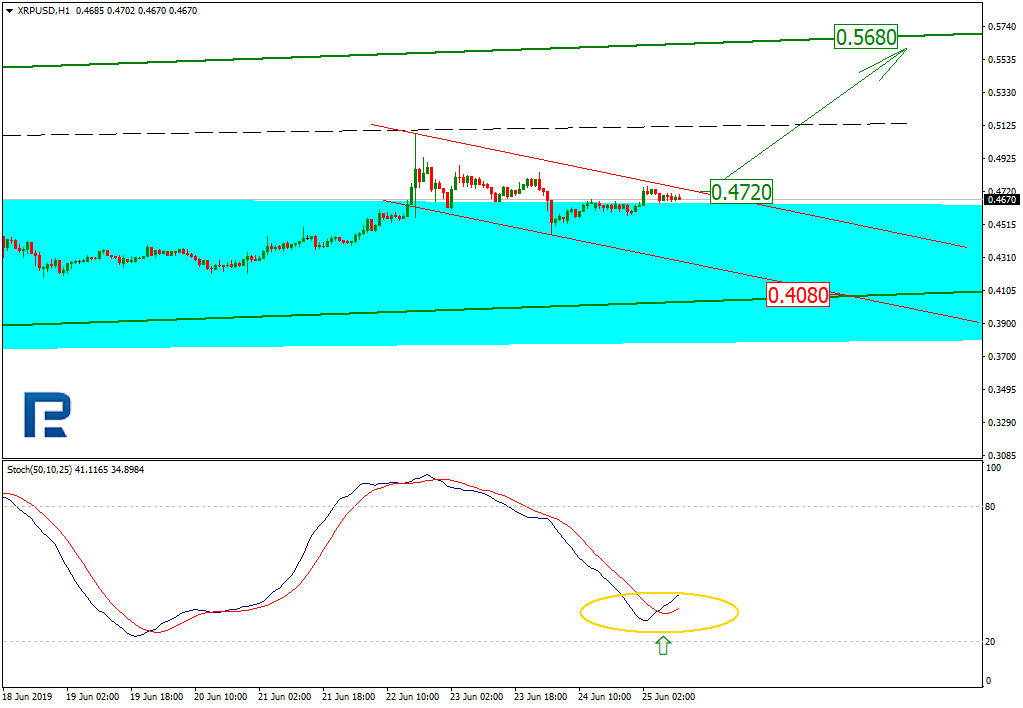 The market features increased demand for the XRP. It started growing after the social networking service Facebook announced its readiness to launch its own cryptocurrency. According to Ripple head Brad Garlinghouse, the company experienced an unprecedented inflow of clients since that moment. Last week was one of the best in Ripple history in terms of the number of signed contracts.

Most contracts were signed with companies that can use financial assets transfer technologies. The xRapid system turns out to be quite a modern solution; it has long been spoken about as a future alternative to the SWIFT banking system. Ripple representatives say that the financial demand for xRapid reveals the readiness of many major banks to seek alternatives to SWIFT.

Garlinghouse also pointed out that the agreement on partnership with MoneyGram proved xRapid to be a popular payment solution.