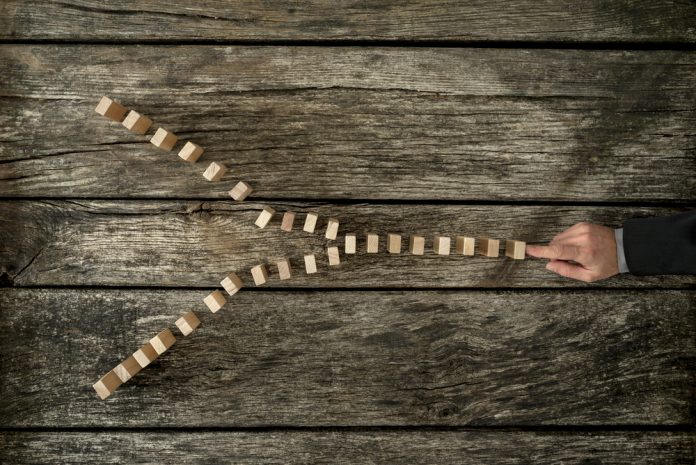 Now that the Bitcoin Cash hard fork has successfully completed 24 hours ago, the battle lines have been drawn. While the total picture still remains a mess, it seems safe to assume the Bitcoin Cash as people know it is pretty much dead. BCHSV and BCHABC are still vying for control, albeit the outcome still remains rather unclear. On the price front, interesting changes have become apparent as well.

No one will be surprised to learn the value of BCHABC has taken a bit of a backseat. It went through a major price run yesterday, and a correction of roughly 8% appears more than fair. It still remains the more valuable of the two forked currencies, although it has lost a bit of its edge in the past few hours. As this trend continues, the future BCHABC price remains rather unclear.

For the BCHSV price, things are looking up a bit. After hitting a 24-hour low of 0.0131 BTC, the price has rebounded to 0.0194 at the time of writing. It is still 50% lower compared to its all-time high recorded prior to the fork, but that is only to be expected. Even so, the net gain in the past 24 hours seems to indicate this battle for control is far from over at this point.

Users on social media are not too pleased with the way things are going. Ghostwalker is one of those individuals who would rather see exchange remove both BCHABC and BCHSV altogether. It is a bit of a maximalist attitude, as one of them has to emerge as the new Bitcoin Cash. There is still a genuine grudge over that forked currency among Bitcoin supporters, by the look of things.

end it by DELISTING both coins. #BCHABC #BCHSV

Others see this ongoing spat as a great time to create innovative memes. For Obysth, the meme where both Roger Ver and Craig Wright are supposed to “kiss and make up” is quite entertaining. It seems unlikely both sides will ever see eye-to-eye again, although nothing is impossible in the cryptocurrency industry these days.

One aspect about this “hash war‘ is how things evolve on the mining front. While Bitcoin ABC – and Bitcoin Unlimited – still control the majority of the hashrate, the chain barely remains ahead of Bitcoin SV. This is primarily because Bitcoin.com’s mining power decreased after forcing miners to support ABC for 24 hours. There is still a 21-block gap between both chains, but that was over 50 blocks earlier today. Both chains seem to note a decrease in hashpower throughout the day, though, which is interesting to keep an eye on.

For now, it is still unclear what will come next. The prices indicate BCHABC is in the lead, the hashpower is there to confirm it. Unlike the Bitcoin and Bitcoin Cash fork split, however, these two chains effectively go toe-to-toe in every regard. One has to wonder where this will all end, and what it will mean for the future of Bitcoin Cash as a brand. A lot of questions remain unanswered, which is not necessarily a good thing.