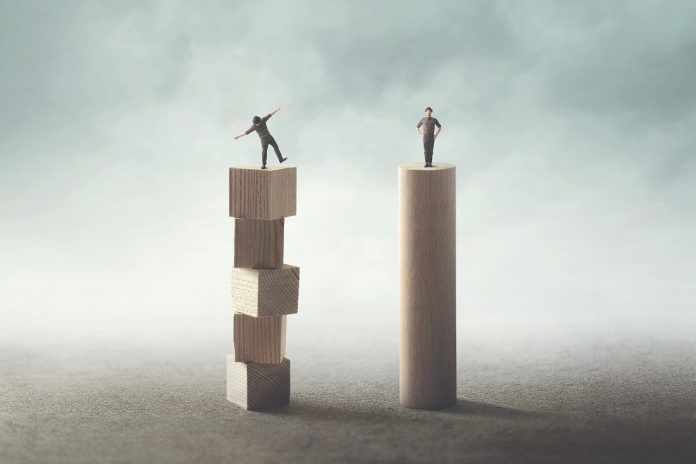 There has been a massive influx of stablecoins in the cryptocurrency industry. The purpose of these currencies is very simple: maintain their peg to the US Dollars at all times. Surprisingly, that is a very difficult task for nearly all stablecoins, especially during these volatile times. None of the current stablecoins on the market can effectively do so without interruptions.

It is quite interesting to see how volatile stablecoins can get despite their “guaranteed” backing by $1 at all times. Every Tether, USD Coin, Paxos, Dai, BittUSD, nUSD, TrueUSD, and Gemini Dollar needs to maintain a value of $1 at all times. After all, these currencies are only worth that amount, and never more or less.

In the real world, however, that situation is a bit different. Right now, none of these stablecoins is worth exactly $1, although some of them are relatively close. As such, one has to wonder if the concept of a stablecoin even exists in this day and age. As these currencies cannot hold their value whatsoever, they are anything but stable coins in that regard.

Over the past week, all stablecoins have had some significant deviations in quick succession. That alone is pretty worrisome in its own right, although some coins are off far worse than others. At the lowest point, bitUSD dropped to $0.9 for a little while, despite it being pegged to one US Dollar. Gemini Dollar also had a peak of $1.18 at one point, something that should not be possible under any circumstances.

The story doesn’t end there, as bitUSD appears to be the more volatile stablecoin at this time. Its value surpassed $1 earlier today, hitting $1.0629. This is in stark contrast to Dai, which hit as low as $0.9848 at nearly the same time. All of this seems to indicate the volatility is quite visible in the stablecoin department, rather than just for Bitcoin and top altcoins. Not necessarily an awe-inspiring trend by any means, albeit that is only to be expected.

Another interesting aspect is how most of the stablecoins that are not Tether’s USDT have a pretty similar market cap. TrueUSD sits at $160.9m, whereas Paxos has $131.48m and USD Coin sits at nearly $144m. BitUSD and Gemini are only $4.5m apart, whereas nUSD is not getting too much attention as of yet. A very interesting trend regardless of how one wants to look at things. Surpassing USDT will be incredibly challenging for all of these stablecoins.

All of this creates more market volatility first and foremost. After all, these coins have one simple task, and none of them does an exceptional job in this department. It raises some questions regarding the ‘stable’ nature of these assets, albeit one can easily see why these currencies are so popular among cryptocurrency traders and enthusiasts.