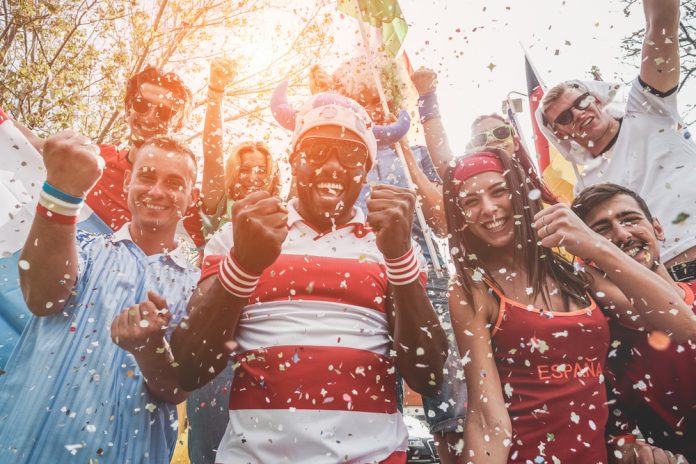 Unless you’re French or Croatian, you’re probably still licking your wounds from the World Cup bloodbath. After months of anticipation, elevated expectations, and shattered dreams, the most important sporting event is coming to a close. This is an anticlimactic time for soccer fans around the world. And if you’re suffering from World Cup blues, take heart. Here are three reasons to be grateful.

3. The Italian Football League Is Getting a Boost

Real Madrid may not be happy about losing their most important player, but Juventus is pretty psyched. The transfer of one of football’s most loved (and hated!) personalities will certainly give Italian football a much-needed boost, as Cristiano Ronaldo has signed a four-year deal with the Italian club. It will also be interesting to see what other major transfers will follow as the season starts up next month!

2. Lionel Messi and Cristiano Ronaldo Have Buried the Hatchet

The longstanding feud between these two players may be coming to an end… or maybe not. But they’re putting their grievances aside for a moment at least, and it’s for a good cause. Both players are supporting CharityStar’s soccer-related auction to support the Forever Dream Foundation, a charity that works with underprivileged children and their families.

Soccer fans in need of some good news can meet their favorite players Leo Messi or Cristiano Ronaldo at a home game at Camp Nou or Santiago Bernabéu Stadium. Considering that this could be Ronaldo’s last game with Spain’s top club, you’ll be seeing history in the making.

1. You Can Donate and Bid with Your Cryptocurrency

More and more charities have been accepting donations in cryptocurrencies like Bitcoin and Ethereum. So, if you feel like giving back, or you just need a tax write-off, why not donate to an awesome cause?

If you want to take part in the auction, the Forever Dream Foundation accepts bids in ETH, BTC, and AidCoin, the ERC20 token launched by CharityStars.

See? It’s not all bad now that the dust has settled. Your team may not have made it to the final, but the new season starts soon. Having some exciting transfers to look forward to, a shakeup in Europe’s most prominent teams, and the chance to do something good for charity – or even meet your favorite player – should put a smile back on your face.