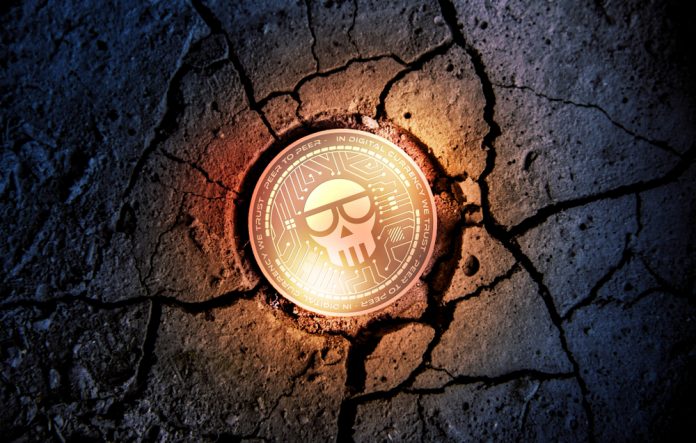 It’s not secret that a dauntingly large percentage of ICOs are fraudulent from the start. However, in most cases, it’s quite simple for speculators to separate the scams, and funds are primarily accumulated from inexperienced or otherwise naive investors that the coin offering targets.

Unfortunately, every now and then, these scams pass, unsuspected, until the perpetrators successfully make off with the funds, often worth tens of millions of dollars. ABLE Project (ABLX), represents one such instance. Its team members consist of stock pictures and fake LinkedIn profiles, and listed advisors are industry leaders throughout Southeast Asia unaware that they were listed as participants of the project.

Unfortunately, ABLX raised more than 10,000 ETH throughout several public pre-sale and global sales between April and August. At time of purchases, this amounts to approximately US$6.5 million worth of Ether. Able was officially marketed as a global blockchain bank, and claimed to have institutional support, primarily from players within the SEA region.

Shortly following the conclusion of the final sale, the founders went dark, deleting Telegram groups and social media accounts and ignoring all  messages. At this point in time, it is safe to assume that ABLE Project founders exit scammed, defrauding investors  collectively of millions of dollars. Additionally, thousands of bounty members, who spent countless hours promoting the project and creating content, have done so for no compensation. Freelance workers such as campaign managers have also reported they did not get paid for their services to the project over the course of its duration, which represents service throughout the majority of 2018.

Of course, deceptive websites and clever whitepapers alone do not equate to a successful token sale. Much of the support from investors was also garnered through support received by a number of firms within the crypto space. Of course, it is no secret that a lot of “partnership” or promotion in crypto comes from pay-to-play relationships, where certain entities will regularly provide services to anyone at the right price. While we do not know absolutely whether or not every firm that implicated support to Able was bought out, there are instances that are certain:

TrackICO, which is listed on Able’s website as a partner, granted the ABLX ICO with a perfect 5.0/5.0 rating. The ICO rating site rewards sometimes questionable ratings, likely due to covert payments. In the case of Able, a perfect rating for its team members (who are, again, fake) and other inconsistently generous ratings suggests that TrackICO absolutely took payment for its rating of Able. Its ratings should not be trusted, especially if other sites’ ratings vary heavily.

The largest contributions to the Able public sales came through the numerous pre-sales hosted on Coinrail. The Korean cryptocurrency exchange made purchasing Able easily accessible to its current users and the wider audience of investors into the scam. Cryptocurrency exchanges that host ICOs claim to adhere to a strict vetting process, but it’s clear this was not the case in Coinrail’s decision to providing a “helping hand” to the scammers.

Beyond these two firms, ICOmarks, ICOholder, Findico, and Foxico all awarded high scores to the Able ICO. As only TrackICO is listed as a partner (and was the only one to award ABLX a perfect score), it is possible that these sites may not have been malicious, moreso than erroneous in their judgement. Reuters news agency also published an article promoting Able, almost certainly in exchange for a “publishing fee” to the scammers.

Fortunately, there are some players who appeared to act honestly regarding Able. The project received little news coverage from cryptocurrency media as a whole. ICObench also awarded Able Project with a poor (2.9/5) ICO rating.