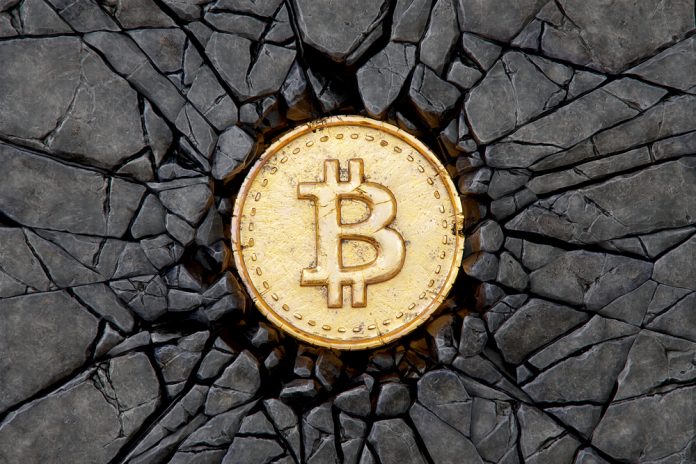 Since August 6, for nearly two months, Bitcoin has remained in the $6,500 to $6,800 range, temporarily testing the $6,800 resistance level on two occasions. But other than that, Bitcoin has shown little momentum in the higher region of $6,000.

According to Jani Ziedins, a cryptocurrency analyst at Cracked Market, the stability of Bitcoin in the mid-$6,000 region has shown a chronic lack of demand for the asset.

“Bitcoin is still struggling to break $6.8k resistance. If buyers wanted to buy this dip, they would have jumped in already. The chronic lack of demand at these levels is a concern, and the path of least resistance remains lower,” Ziedins said.

Don Wilson, the founder of major trading technology conglomerate DRW, said that ErisX will eliminate impediments to institutional adoption to handle the next wave of market participants.

All of the participating Wall Street firms and major financial institutions including TD Ameritrade stated that there is sufficient demand in the market, even after a 69 percent drop in the price of Bitcoin and an 80 percent correction in the crypto market, for regulated and transparent crypto-related platforms.

JB Mackenzie, the Managing Director of Forex and Futures at TD Ameritrade, said:

“We expect we will have customers interested in participating. The digital asset economy has been developing so much over the last nine months and investors are crying for a regulated, transparent platform.”

Technical indicators have demonstrated a lack of momentum and volume in Bitcoin, particularly in late September. But, as The Wall Street Journal reported, a large number of traders in the cryptocurrency market have been utilizing bots in an attempt to manipulate the market.

Recently, Changpeng Zhao, the CEO at the world’s largest cryptocurrency exchange Binance, acknowledged the usage of an algorithm that consistently filed thousands of orders in the span of 10 minutes to stabilize the price at $6,600.

“That is one weird algo. Will ask the team to look into it. But the minute we interfere, they will complain all over social media, ‘Binance blocked my account!’ No happy medium,” Zhao wrote.

Some analysts stated that for quant traders, it is common practice to break up large orders into smaller orders called iceberg orders to hide the size of the whole order.

Hence it is possible that consistent accumulation of Bitcoin in the mid-$6,000 range and the demonstration of seller fatigue by the market, as billionaire investor Mike Novogratz suggested, could have led Bitcoin to be stable at a low price range for several months.

Throughout 2018, large cryptocurrency investment firms and brokerages including Cumberland and Circle have demonstrated three digit growth rate in their over-the-counter (OTC) businesses.

Due to the insufficient liquidity in the cryptocurrency exchange market, Bobby Cho, the global head of trading at Cumberland, a Chicago-based cryptocurrency trading company, explained that for orders larger than $100,000, investors have relied on the OTC market to accumulate Bitcoin, most often from miners.

“One of the biggest criticisms of crypto by institutional investors has been the volatility. Over the last four to six months, the market has been trading in a very tight range, and that’s seems to be corresponding with traditional financial institutions becoming more comfortable diving into the space,” said Cho.

The combination of bot trading and rising activity in the OTC market have led to the stabilization of BTC in a low price range, and it does not necessarily demonstrate declining demand for the dominant cryptocurrency.