At press time, the father of crypto has dropped by roughly $100 and is trading for approximately $6,680.

Overall, this has been a relatively positive week for the master of cryptocurrencies. While the price may be down for the time being, the asset did manage to retain its $6,700 price range for several days. This is big news considering how often the currency has dropped to the low $6,000s following a small bull run. In addition, analysts do expect it to clear the $6,800 resistance line by next week, so enthusiasts have a lot to look forward to. 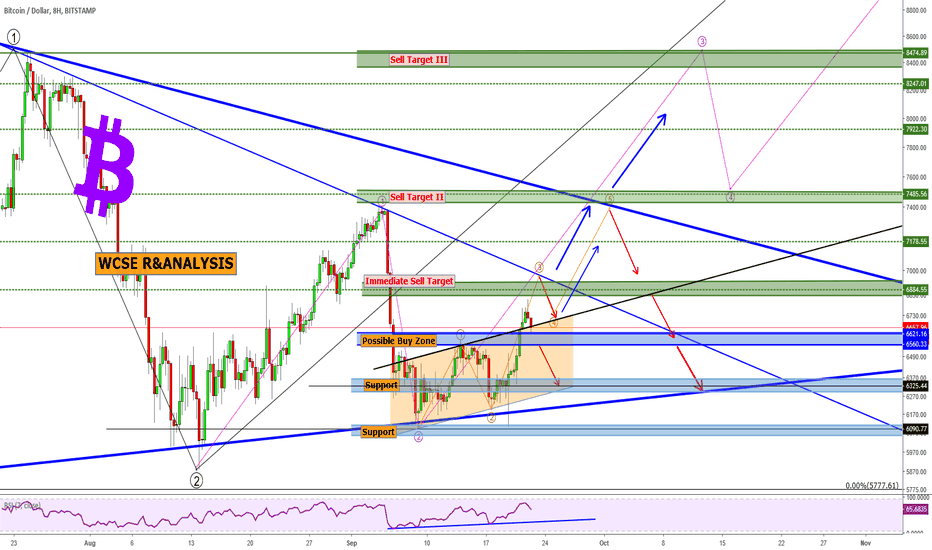 From a legislative point of view, bitcoin may be trapped in limbo. As we reported yesterday, the Securities and Exchange Commission (SEC) has decided to postpone its decision regarding the approval of a potentially new bitcoin ETF from the VanEck SolidX Bitcoin Trust. The decision had originally been moved to September 30, next weekend to be exact, but has since been “relocated” to late December.

The good news, however, is that the SEC is taking time to fully understand the project and the circumstances at hand before rendering a “yes” or “no” answer. They haven’t responded in the negative; they are simply looking for additional commentary from industry experts to make sure the ETF has traders’ best interests in mind. This is a good thing, and a decision postponement should not be what causes interest to die down.

Bitcoin has managed to remain in the high $6,000 range despite this news, which shows further evidence of growing maturity. However, it does appear to be moving in a “sideways” direction. Though its avoiding bearish pullback, trading in Asia ultimately saw very little action on Sunday morning. This behavior was repeated in Eastern Europe, and its present price is believed to be the result of actions by long-position traders.

Overall, trends suggest that the price is going to continue moving upward – at least for now – though movement could be slower than investors might like thanks to hardcore resistance levels bitcoin will probably encounter in its upcoming ascension. If bitcoin can surpass its present resistance, we could wind up witnessing $7,000 once again. However, if bitcoin were to fall below current support levels, the entity may find itself trapped at $6,500.

In a recent discussion regarding bitcoin and the technology behind it, venture capitalist Tim Draper explained: