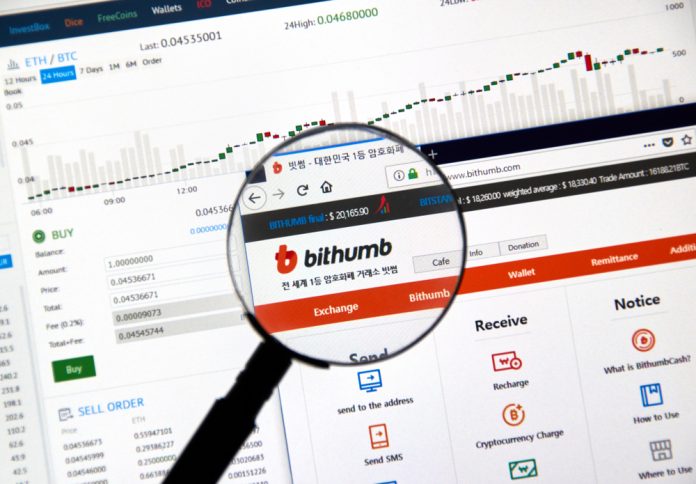 Bithumb, South Korea’s biggest crypto exchange as of May, is officially resuming deposits and withdrawals on August 4, after a month of freezing the platform.

In June, Bithumb experienced a $40 million hacking attack which led to the loss of investors’ funds, falling victim to a major security breach for the third time in a 12-month period. The successful hacking attempt on Bithumb by an unidentified group of hackers led the local crypto exchange market and investors to panic, as the breach occurred merely weeks after the fall of another large digital asset trading platform Coinrail.

At the time, possibly to reassure its investors that their funds remain safe, Bithumb guaranteed to pay out every investor whose account was hacked with corporate funds, in an attempt to minimize the impact of the breach on the local cryptocurrency exchange market.

However, Bithumb failed to resume deposits and withdrawals for over a month since its security breach in early June, driving up the premium on its platform due to a lack of liquidity. The inability of Bithumb to restore operations led the users on its exchange to trade certain tokens such as 0x (ZRX) and Ethos (BQX) with a 500 percent premium, triggering red alerts across the global community.

Because new capital could not flow into the exchange and existing funds could not be allocated to alternative exchanges, Bithumb and its investors were effectively stuck for an entire month, demonstrating absurd behaviours like extreme premiums.

Due to the sheer size of the user base of Bithumb, the recovery of the company’s operations is expected to have a massive impact on the local crypto exchange market, and new capital to flow into Bithumb as well as other exchanges.

Still, the resumption of its operations will not be sufficient to convince its existing investors and potential users in the traditional finance sector to use the digital asset trading platform of Bithumb, and several online communities have already started to protest against Bithumb, encouraging others to utilize UPbit and Gopax, currently the two biggest crypto exchanges in South Korea.

UPbit and Gopax have overtaken Bithumb and evolved into the country’s two largest exchanges with strong confidence from local investors because of the backing from Kakao and Shinhan Bank, the country’s largest internet conglomerate and commercial bank.

The restoration of Bithumb’s operations is positive, and there exists a possibility that the involvement of local financial authorities from the Financial Services Commission (FSC) delayed the resumption of the exchange’s deposits and withdrawals.

Before the end of 2018, South Korea’s first cryptocurrency and blockchain legislation is expected to be passed by the Congress, which will formally recognize digital asset trading platforms as regulated financial institutions and legitimize the blockchain industry.