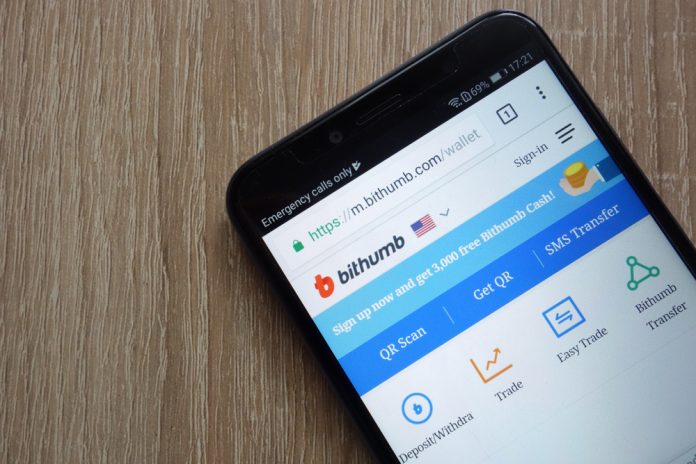 There have been growing concerns regarding the overall cryptocurrency trading volume being manipulated. Proving such bold claims is always very difficult, as there is a serious lack of transparency on behalf of exchanges. Alex Kruger now claims that Bithumb Washtrading is real and that over $250m worth of fake volume is being traded on the exchange. A rather serious allegation, albeit there is no real evidence to back up such claims.

It is not the first time cryptocurrency experts claim South Korean exchanges engage in the activity of washtrading. This particular method revolves around faking overall trading volume on their specific platform. Although there is no real evidence to back up these claims, Alex Kruger is convinced Bithumb Washtrading is to blame for a lot of fake trading volume over the past week and a half.

1/ There currently are USD 250 million of fake volume traded at Korean crypto exchange Bithumb, every day at 11AM Korean Time, since August/25. Tweetstorm covers the math behind it in simple terms. #washtrading illustrated.

Bithumb is a Korea base cryptocurrency exchange. It recently lost over $31m in funds after hackers inflitrated the platform, but managed to recover 45% of its assets ($14m). According to Kruger’s, the platform has engaged in over $250m worth of fake volume since August 25th. This is partially fueled by the company’s 120% payback of trading fees through an airdrop, which would add up to $90,000 in money being distributed every single day. Although there is nothing wrong with this particular business model, it can help spike the overall volume presented by the exchange.

Additionally, it would appear the current business model makes it easier for traders to literally earn free money. Bithumb’s taker trading fees allow for placing opposite limit orders which qualify for the payback system in place. The difference between fees and the cashback earned is 0.06%. Not the most amount of money, but when timed correctly, it allows users to make a bit of money by simply filling their own orders in quick succession.

As is always the case, these allegations tend to make a lot of sense. Effectively proving there is any nefarious activity going on, proves to be a different matter altogether. Since most of Bithumb’s trading volume appears to originate at the early opening hours of the exchange’s payback scheme, there may be something going on that should be scrutinized a bit more.

Claims like these always put a different spin on an increase in overall cryptocurrency trading volume affecting the Bithumb trading platform. While it is possible traders are taking advantage of the native business model employed by the company, it is not necessarily something that will directly disrupt the cryptocurrency markets. Fake volume has always been a major concern, but it is not something that can trigger a major price crash overnight either.