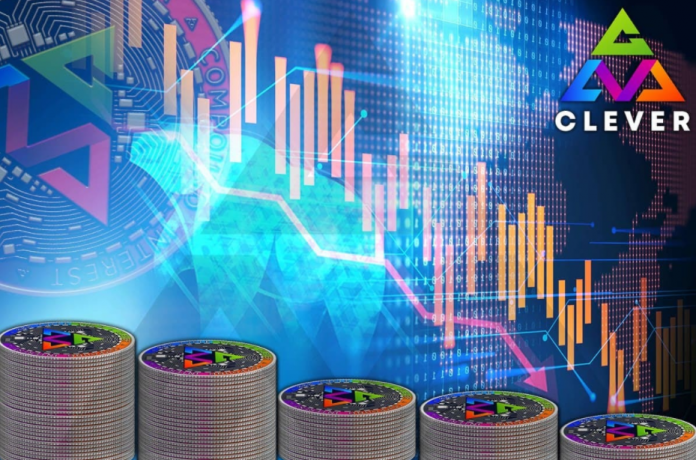 The Decentralised Finance (DeFi) markets are going through yet another phase of expansion. While Ethereum (ETH) is soaring to new all time highs, the DeFi markets is growing to new highs as well. According to data from defipulse, the total value locked (TVL) in DeFi protocols is currently at an all time of $49.85 billion. The TVL has increased 25% within a week from $40.36 billion on March 26. This could be a sign on another “DeFi Summer” that could be incoming similar to the DeFi boom in 2020.

The DeFi ecosystem is extensively revealing flaws in the traditional banking system which were looked into earlier due to the lack of a viable alternative for the same. To start with, the traditional banking system is a centralised ecosystem that is not something that many investors and consumers prefer due to them having no powers in the hierarchy in this system. This is evident in the rapid rise of the cryptocurrency markets, whose main value proposition to investors is that it is decentralised and thus, not as susceptible to macoreconomic events.

Due to the centralised nature of the banking system, the entire ecosystem runs a risk of potential manipulation by unsuspecting players in the market which could lead to humongous financial for all the players involved in the financial markets. The most prominent example of such a risk is the 2008 Financial Crisis, which led to widespread panic across the markets. The irresponsible selling of sub-prime loans to unsuspecting lower income groups were bundled and traded as Credis Default Swaps (CDS) in which banks like Bank of America, Wells Fargo, Citibank and Goldman Sachs were the main players involved. This irresponsible manipulations caused a financial crisis which extended across several economies in the world causing huge financial losses and loss of unemployabalility for the average Joe. The United States government had to step in and save the banks that were “too big to fail” using trillions of dollars of tax payers money as a bailout to these banks.

In addition to the chances of manipulation, there are bail in laws in effect for the operation of banks. These laws allows the cancellation of any debt that a bank on the brink of failure has on it’s books. This entails all the depositors lose their deposit in bank which leads to financial losses for the average consumer. Lastly, banks now have very small interest rates applicable on the savings account. These rates are in the range of 2% to 3% and sometimes even drop to the sub 1% range, which is a very small incentive for customers to deposit their money in banks.

DeFi solutions bring many innovations to the the financial markets. One of these major innovations could transform the banking industry. Clever DeFi is leading the charge here. Clever DeFi is the world’s 1st fully autonomous compound interest paying protocol that absolutely guarantees set interest payouts to their native token CLVA holders. All interest rates, dates, cycles are already pre-coded into the smart contract itself with full decentralization under a complete DeFi system. CLVA is the native token of the Clever DeFi ecosystem.

In a contrast from other DeFi banking services, with Clever DeFi, users own their CLVA holdings in additional to having their own keys and wallet. Being a pure DeFi protocol, there are no team tokens in CLVA as in other DeFi protocols. The initial supply of CLVA tokens is zero and all the tokens are in minted by individual users which are all in circulation. The protocol guarantees an interest payment every fortnight to their users, with an annual interest of more than 307%.

This innovation also solves issues with the yield farming DeFi protocols. For users of the Clever DeFi protocol, there is no lock in period, no stake in or any other terms attached to the protocol. The users can access their token and tranfer/trade with them as and when required with no additional fees or conditions attached.