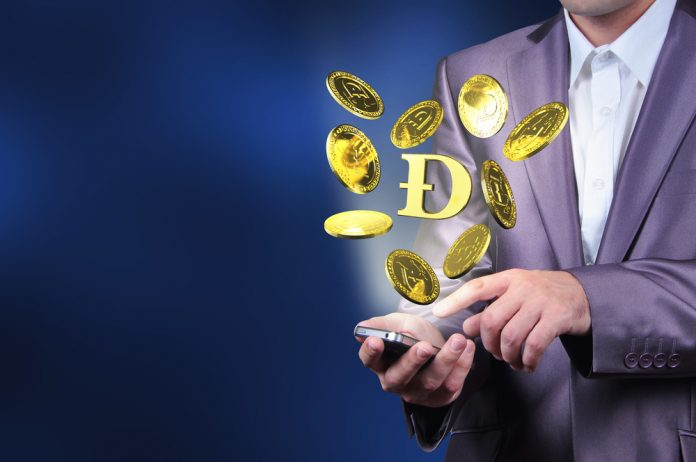 It seems the cautious optimism by Dogecoin holders was more than warranted. After a few rough days, the Dogecoin price seems to be recovering in rather interesting fashion. A small uptrend is already forming across the charts, as both the USD and BTC values are rising again. This shows the Dogecoin price bull run isn’t over yet, albeit no one knows where this one will end.

One always has to be careful when the Dogecoin price bounces back. The initial stages of such a trend can look promising, yet it will take a few hours to determine if and when things will improve from here on out. So far, it seems the situation looks very promising for DOGE, although nothing is ever guaranteed in the world of cryptocurrency either.

Because of this small uptrend, the Dogecoin price is currently heading back to the $0.0057 level. This is a slight increase compared to just a few days ago, although there is still a good chance a push to $0.0064 will materialize sooner rather than later. If the Dogecoin price were to return to that specific level, interesting things may be on the horizon for one of the world’s most popular altcoins on the market right now.

There are some Dogecoin users who wonder whether DOGE is undervalued or Bitcoin is simply overvalued. An argument can be made for both cases, although a Dogecoin price of $0.10 seems to be well out of reach at this time. Albeit one could argue the current Dogecoin price is a bit low, the vision by Isa will not necessarily come true in the near future either.

Jozeus is looking at the current Dogecoin price momentum from a more sober point of view. He confirms Dogecoin is a great store of value when all other markets tend to struggle for momentum, although others may argue several coins can easily fit that bill accordingly. Even so, it illustrates the expectations for DOGE are still high, especially now that this new mini-rally has begun taking shape across the exchanges.

Tfw I said Doge was a crash indicator when they said alts would fly. And then the market crashed.

Literally have that scheduled on my calendar. Next doge move is in Dec. See you there.#dogecoin the best store of value in crypto during blood.

PS should be selling some rn.

It is also important to note the Dogecoin client will receive a big update fairly soon. As Dogecoin makes use of Bitcoin Core’s code, it too needs to address the recently discovered denial-of-service bug. That will happen shortly. , as the Dogecoin Core Alpha will receive a new release once everything is merged. No official date for this release has been announced, yet it is still a very positive development from a security point of view.

There's a patch to Bitcoin Core 0.14 that we need to apply to the Dogecoin Core alpha. I want to get https://t.co/ZM0K9yx2zF merged and then we'll do a new alpha release with it included. This is for https://t.co/3cgAiIao3O

For the time being, the biggest question will be if the Dogecoin price can remain in the green for an extended period of time. Retaking the $0.006 level may prove to be very challenging, although with the weekend around the corner, markets tend to see some positive momentum overall. Only time will tell if history repeats itself in this regard. The coming days will undoubtedly be interesting to keep an eye on.