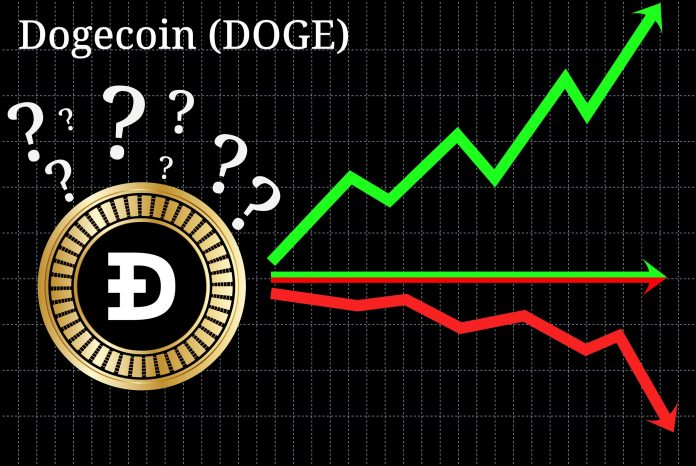 Kicking off a new week in the world of crypto trading can often have interesting consequences. In the case of Dogecoin’s price, it appears the market is trading sideways, at least for the time being. There are still some interesting developments taking place within the community, which may effectively spark more interest in this cryptocurrency.

After going through the second week in a row filled with strong gains, it is not entirely uncommon to see the Dogecoin price go flat every now and then. Over the past 24 hours, this popular altcoin has noted a 0.34% decline in USD value and a 0.42% decline in the BTC ratio. Considering how the value of Bitcoin is on the decline as of right now, it seems to be a matter of time until the Dogecoin price moves up again.

As is always the case when cryptocurrencies go flat, one has to wonder what the future will hold for the Dogecoin price. If the previous two weeks are any indication, another uptrend will materialize fairly soon. Cryptocurrency markets are impossible to predict, and it has become apparent the Dogecoin market may be the most unpredictable of them all.

Some interesting developments are happening across social media once again. Given Dogecoin’s “meme currency” position, it is only normal social media plays an integral role in the process. A lot of people are interested in the tweet by Elon Musk to Jackson Palmer, one of the original Dogecoin creators. Although Palmer is no longer actively working on this altcoin, he still remains a prominent figure in the cryptocurrency world.

@ummjackson if you can help get rid of the annoying scam spammers, that would be much appreciated

Venezuela is often considered to be a market prone to cryptocurrency disruption. Given the financial problems affecting this country for as long as people can remember, it is evident something will need to happen to address these problems.

According to the tweet below, Venezuelan interest in both Dogecoin and Litecoin has spiked over the past five years. Interestingly enough, Dogecoin’s use in this country has never been officially documented.

For those looking to earn some Dogecoin during these interesting times, the Tipestry initiative may be worth keeping an eye on. The company offers 100 DOGE for each addition of media organizations shutting down their comment sections. A maximum of 10,000 DOGE will be distributed for viable information in this regard. An interesting initiative, albeit it remains to be seen any submissions will be made.

#tipestry We're compiling a list of media organizations that shut down their comment sections. Get 100 #Dogecoin for each addition to the list, up to a total of 10,000, at: https://t.co/GTcdwbKhrO … #censorship #media #giveaway #Crypto

All of this shows the global interest in Dogecoin has not diminished as of yet. This may positively impact the Dogecoin price in the coming days and weeks. Whether or not there will be any positive developments in this regard, is very difficult to predict, as anything is possible. For now, one has to bide their time and keep an open mind where Dogecoin is concerned. This currency is anything but a joke at this stage.