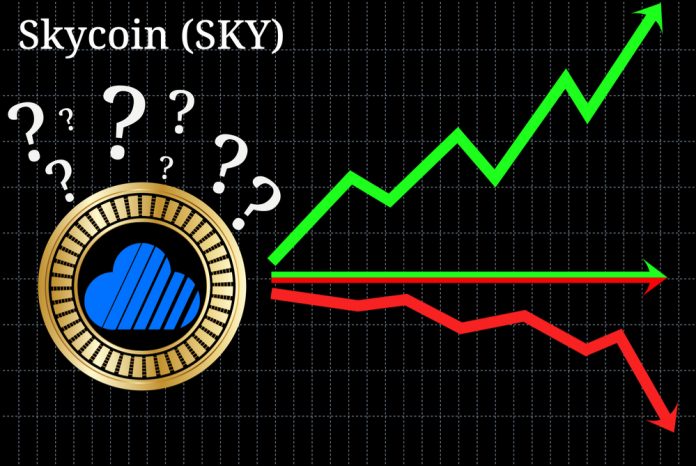 Of all cryptocurrency projects, Skycoin is perhaps the one that the community is most opinionated on and confused by. Especially recently, Skycoin has grabbed the attention of cryptocurrency enthusiasts worldwide. Unfortunately for holders, each passing headline seems to send the ambitious project down further.

After achieving a temporary high of US$35 in response to its Binance listing in late May, Skycoin has plummeted over 80% to its current price of under $7. After flirting with a top 50 ranking on CoinMarketCap, Skycoin currently sits at #150, with a market cap of US$60 million.

A recent Team Status Update details actions taken by the Skycoin China Marketing team. Most importantly, members of the team are accused of burglarizing the home of Skycoin CEO Synth, where they held him and his wife hostage for six hours as they beat and threatened them. In the end, just under 20 BTC and over 6,000 SKY were stolen. This comes in conjunction with an accusation of the embezzlement of 100,000 Skycoins over the past six months. Skycoin has responded swiftly to both the embezzlement and the robbery, alerting major exchanges that list Skycoin. Accounts allegedly linked to the crimes have since been frozen.

However, more important were the major events that took place on June 17. First of all, there were arguments taking place in the Telegram chat between Synth and other members of the admin team. Though unconfirmed, it is likely that this could have been related to the earlier burglary.

Most importantly, an audio recording was leaked on Twitter, allegedly of Synth, speaking about an insider trading group for Skycoin traders. The SEC was tipped off about the recording, and if the contents of Synth’s comments can be confirmed, it suggests a very precarious future for Skycoin.

Members of the group allegedly participating in insider trading have since come out to suggest that nothing along the lines of what has been voiced is true. Additionally, evidence has been released that suggests Synth’s comments were sarcastic and taken out of context. Skeptics, however, suggest that regardless of the context, the CEO of a major cryptocurrency must act with more professionalism.

On June 17-18, Skycoin dipped from US$11 highs to lows below $7, and has continued to move sideways since. Of course, the vast majority of depreciation came in the three weeks prior. The Skycoin community tends to take an intense dislike to Binance, and many people seem to suggest that the Binance listing was the source of Skycoin’s woes.

There is a lot of mystery surrounding Skycoin. The project, largely run by Bitcoin’s early adopters, is rumored to have origins that actually predate BTC. Supporters of the project are convinced of imminent success, and skeptics are equally convinced of imminent failure. Skycoin uses its own blockchain, and seeks to provide a number of functionalities in its mission to “decentralize the web”, largely through its peer-to-peer Skywire meshnet.

As more news surfaces each day, more about this deceptive project is unveiled. For investors, a successful Skycoin would likely produce very large profits. However, an SEC shutdown or exposure as a scam would lead to equally great losses.