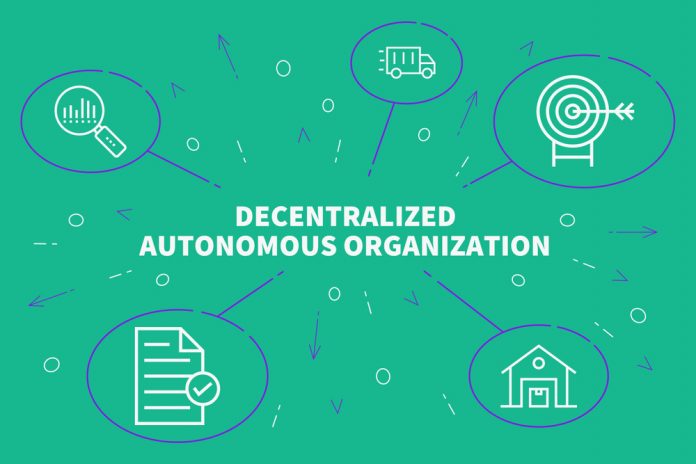 A key topic of discussion within the cryptocurrency space is the ultimate implications of cryptocurrency and the underlying blockchain technology. One of the first transformational possibilities shared among the community was the idea of the Decentralized Autonomous Organization (DAO).

What Is a DAO?

A Decentralized Autonomous Organization represents an environment that handles some function or output in a manner that is entirely self-governing, self-sustaining, and self-fulfilling. The term was first coined in 2013 by Daniel Larimer, creator of BitShares, perhaps the first working example of a DAO. The famous early example was given by former Bitcoin contributor Mike Hearn, who described a future DAO as an autonomous vehicle that seeks out and picks up a passenger, drops them off at their destination, and uses the Bitcoin received from the passenger to recharge at an electricity station, before finding its next passenger.

To put it more broadly, a DAO can represent any form of production or protocol in which the mechanisms for its purpose are carried out automatically, through the use of algorithms and machinery, made possible through an integration of blockchain technology. In contrast to real-world methods of production, a DAO looks like a business in which the job of manager/CEO is replaced completely with an automatic process, and business decisions are left entirely up to the token-holding participants who make up the ecosystem within and around the business.

Perhaps the most widely known Decentralized Autonomous Organization is The DAO, a failed autonomous investment fund launched on the Ethereum network. Due to insecurity, The DAO was hacked soon after its launch, and resulted in the Ethereum Classic fork.

Besides The DAO, there are a number of Decentralized Autonomous Organizations that populate the cryptocurrency space. Alongside BitShares, DASH’s development protocol is a DAO. DASH holders vote on projects for the development team to pursue, and the developers are funded via a development pool of DASH that a portion of each block mined goes towards. DigixDAO and Maker are two more examples. Both provide autonomous ecosystems that create and govern stablecoins. Digix’s DGD represents digital grams of gold, while Maker’s Dai is a tokenized US dollar.

While the first plans for DAOs utilized the distributed financial ledgers of Bitcoin and other altcoins, the introduction of Ethereum’s smart contracts completely expanded the possibilities for DAO structures and entities. Smart contracts enable the algorithm-backed system to encapsulate exponentially more than what was previously imagined.

Finance, medicine, and insurance are three industries that will likely be transformed by such platforms. Each of them faces major externalities that are addressed by an autonomous organization of capital and labor, and initiatives within the cryptocurrency space are already beginning to take on these three sectors.

Several academics and economic theorists are beginning to view Decentralized Autonomous Organizations as capable of enabling a global transition to a post-capitalist society. When implemented correctly, a DAO unifies many of the elements beginning to emerge amidst what many theorists suggest is an ongoing evolution beyond capitalism. These elements include the programmable economy, the token economy, and the sharing economy.

The automation of an entire component of the production function in any output (the manager/CEO organizer) indicates that the DAO can potentially be superior in terms of efficiency when competing with firms in any industry, as the DAO eliminates a major input cost entirely. Perhaps within the next few decades, the DAO could pioneer a transition from a worker/manager relationship to a participant/algorithm one.