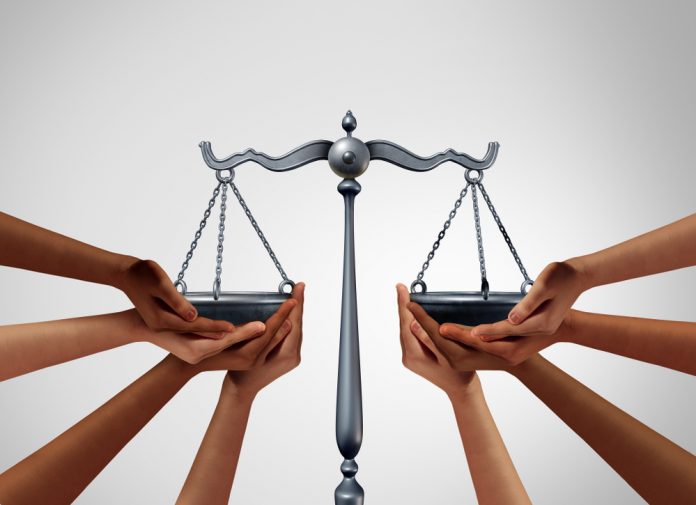 Plenty of cryptocurrency enthusiasts enjoy this ongoing battle between BCHABC and BCHSV. Although the “protocol upgrade” of Bitcoin Cash has gone according to plan, the end result so far is not entirely clear by any means. Both chains are still forging ahead, although it seems to be a matter of time until SV overtakes ABC in total hashpower.

The Hash War Heats Up

A very interesting correlation is happening between the hashrate of BCHABC and BCHSV. Although ABC has had the majority of mining power since day one, it seems that borrowed time is about up. There is still a long way to go until this debate between both chains is settled once and for all, regardless of how things may look at this point in time.

For the first time since the war broke out, BCHSV has effectively overtaken BCHABC in terms of raw hashpower, albeit it did not last all that long, according to Coin Dance. Every time SV comes close to overtaking ABC in hashpower, something seems to go awry. The overall decrease in ABC hashrate cannot be denied by any means, though.

At its peak, BCHABC had 8.705 petahash/second. That is quite a significant amount, considering SV could only muster 3.662 petahash per second at that time. At the time of writing today, the battle lines look very different. ABC Sits at 3.9 petahash, whereas SV sits at 3.281 petahash. The actual difference between the two should be a bit closer, but that is what Coin Dance can offer the world right now. How this will affect the upcoming stress test, remains a bit unclear.

It would be an overstatement to claim BCHABC is in a world of trouble. This dip in hashrate was completely to be expected after the “trick” Bitcoin.com’s pool pulled on all miners. However, the chain still has the most blocks and accumulated hashpower to date. It will take a lot of effort on SV’s side to pick up the pace. At this time, there is still a seven-block difference between both chains.

One notable trend on ABC’s side is how Bitcoin.com is less important in terms of generating blocks. It pushed through 60% of blocks during the first 24 hours, yet now only represents 40.3%. Antpool and BTC.top have come on board to help spread out the total hashrate and prevent a potential 51% attack by miners. For SV, Coingeek is still the largest producer, and its 55.56% of all network hashpower is worrisome.

These statistics alone make it difficult to predict the future of both chains. Exchanges labeling ABC as the “real Bitcoin Cash” may want to rethink that plan until things become more clear. This battle is far from over, and there is no guarantee ABC will remain the dominant chain moving forward. The same applies to BCHSV, for that matter, but it has not had a leading position to date. Slowly but surely, it keeps inching closer, which makes for an exciting race.