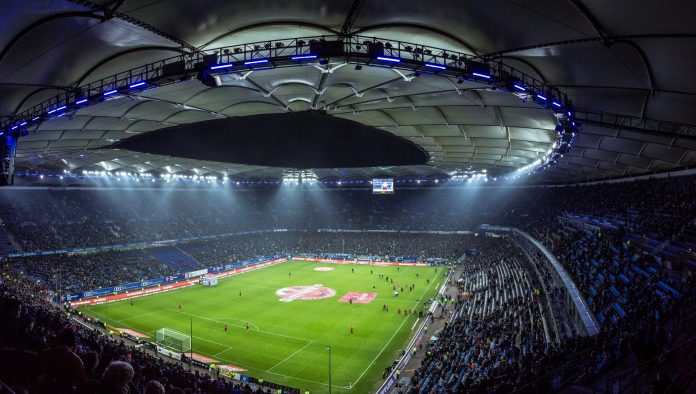 Megafanstore is an online business that sells fan and sports articles. The company explores with the Great Branding Company, the UEFA merchandise license partner the potential of offering UEFA products, co-branded products, and other merchandising club products in the Chinese marketplace. Additional offering unique possibilities with 3D avatars for fans, including 3D fan game and virtual world.

Recently the company announced that it was developing a fan wallet that could be topped using stablecoins. The move would allow for micropayments at almost no transaction fees for the users.

What is The Company Involved in?

In collaboration with 3D Your Body, Megafanstore produces and sells 3D models of football fans. The company also has a partnership with FDS Soft, and together, they are developing a mobile game app for football that will allow fans to scan themselves and interact with 3D avatars of themselves in the game.

Megafanstore got into 3D business with an online merchandising store since one of its businesses had a massive global merchandising deal with Manchester United; thus, the company became resellers.

After doing some consideration, the company concluded that creating a personal figure of a fan wearing a jersey of their favorite club while holding a trophy in hand would make for great merchandising articles. Also, it was something no one had offered before.

The 3D figures for fans are made up of a 3D selfie as a sculpture and avatar, and it’s a new way of using 3D printing technology. Interestingly, the personal figure can be combined with a star player to whom the fan stands next to. The 3D figure is a modern version of a traditional photo.

The Launch Of A Stablecoin And Its Use

The company is developing a fan wallet in collaboration with Blue Orion. Users will be able to top up the wallet using a EURT stablecoin by making a simple deposit through PayPal. The wallet will always be at the users’ disposal and will enable the fans to make micropayments at almost zero transaction fees. The wallet’s use can be expended on all kinds of industries and could become the competitor for PayPal in the micropayment section.

Additionally, the wallet will also include other functions such as surveys, votes, or competitions. Their solution can be used for any other industry in general – for newspapers or for television for televoting. This will offer clubs the opportunity to let fans vote on various issues like who the best player of the month was, the best goal, and things like stadium expansion.

For each vote, the fan will send one token to the clubs voting account, and the result of the vote will be determined live. Once the vote is over, the club will be in a position to distribute the money to the prize winners.

The prizes can range from non-cash prices such as VIP tickets and merchandising items. All in all, the system will allow the fan to receive adequate consideration from his club for his voting fee.

Consequently, clubs will be able to add on their merchandising revenue. The service will also offer clubs an additional channel for fan activation and help them expand their overall digital strategy.

The IEO and Token Sale

To attract new investors, the company has decided to conduct an IEO on the Latoken exchange, a platform that specializes in offering equity tokens. The IEO will take place from March 1 to April 30, 2020. There is a total of 200,000 MEGA tokens that will be on offer, and they will be priced between $1.80 and $2.50. The total issue volume will, therefore, be approximately 380,000 euros.

The new funds will be used to expand the operational business of the company, such as the launch of the UCL/UEFA stores in China. And as of May/June, the online offering with the new UCL collection will also be expanded.

Rising Use of Tokens Within The Sports World

Lately, we have witnessed the increasing rise of digital tokens offered in the sports world. Last week football club Juventus was the latest to announce it would be offering digital trading cards of its star players through Sorare, a blockchain-enabled platform.

Sorare uses Ethereum technology and will provide digital cards that football fans can collect and trade. The cards will function like non-fungible tokens and will feature star players like Cristiano Ronaldo.

The Italian team isn’t alone as other top European clubs have also signed similar licensing deals with Sorare, including As Roma, Atletico Madrid, and FC Porto.

Also, last December, Juventus announced it would release its own blockchain token in collaboration with Socios, which will help fans participate in voting and polling. The move was followed by Barcelona, who signed a deal with Chiliz to create the Barca Fan Tokens.

Megafanstore decision to offer a fan wallet and a micropayment system makes them the pioneers of the new system. According to Andreas Schmidt, the company’s CEO, using cryptocurrencies instead of other payment options like PayPal, has a variety of benefits, including offering segregated accounts where fans have full control and the ability to withdraw money at any given time. The tech and the wallet can also be used for some kind of voting system.