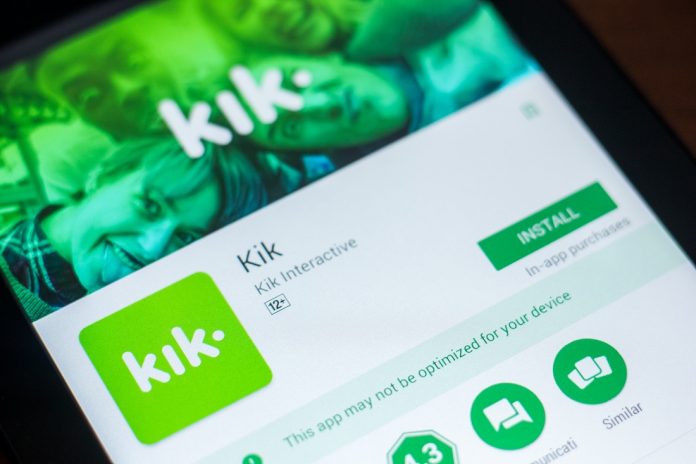 It has become apparent a lot of projects are not too happy with Etheruem’s infrastructure right now. More specifically, a lot of developers are either pursuing a multi-chain approach or simply move their project to a completely different ecosystem in the process. Kik is the latest to do so, as the project will go with Stellar for its product launch.

For the Kik team, their venture into blockchain and cryptocurrency has been a pretty interesting one. Although they are intent on building the most-used cryptocurrency ecosystem, their approach to doing so has raised a few questions. First of all, the Kin cryptocurrency was designed to be issued on Ethereum. Given the network’s ease of access for ICO projects, that decision made a lot of sense.

Not too long afterward, the team started noticing Ethereum alone will not suit their specific needs. The ongoing Ethereum scaling issues – which are still in place in 2018 – have caused the company to rethink its strategy outlined in mid-2017. Raising nearly $100m with an ICO does not make Ethereum’s inherent problems go away, as the team found out shortly afterward.

A new plan was devised, which would see Kik develop a two-chain strategy. Rather than relying on one infrastructure, the team was trying to spread the load accordingly. Ethereum would still provide the security aspect of Kin, whereas Stellar’s ledger would be used for speed and scaling. That decision was met with some initial resistance, although it makes perfect sense from a business point of view.

To make matters worse, Kik has revised its initial plans once again. Stellar’s low transaction fees were still too expensive for such a large-scale project, which lead to a forked version of Stellar being created for this specific network alone. While that does not cause any major problems in the cryptocurrency world, it was only a sign of bigger things yet to come.

Kik is now officially moving away from Ethereum in every single way possible. The migration of ERC tokens will be completed in the coming weeks, as an intuitive solution needs to be devised for this specific purpose first and foremost. It is also not the first time a company moves away from Ethereum over scaling concerns, nor will it be the last.

For Kin holders, there is nothing to be worried about right now, as their Ethereum tokens will not lose value all of a sudden. The transition still needs to be announced, as no timeline has been put in place at this time. By purposefully siding with the forked version of Stellar, Kik is still taking somewhat of a risk, albeit a manageable one.