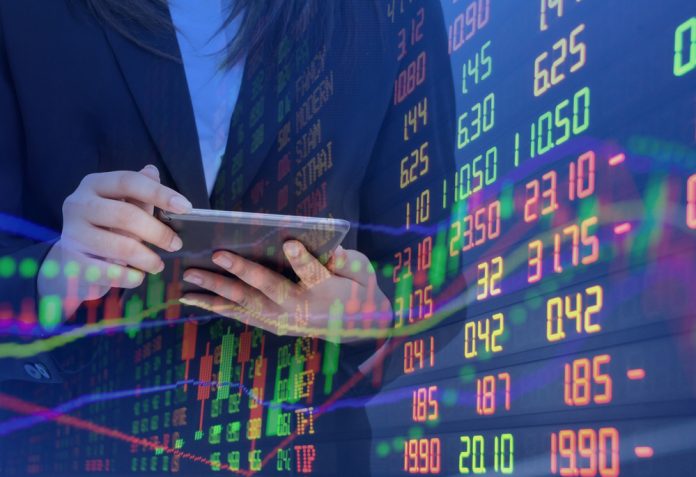 The crypto space isn’t exactly overflowing with women. In fact, only between 5 to 7 percent of all cryptocurrency users are female. Is it harder for women to find their place in a male-dominated industry? Between the condescending “boys’ club” attitude and a seeming reluctance to gamble away their money, the ladies are holding back.

For those who are carrying the torch for the fairer sex, there are indisputable perks: an expanding world of possibilities, the chance to inspire their gender, and a shorter line at the ladies’ restroom. Despite having the numbers stacked against them, check out the following five women killing it in the crypto space.

Standing up for the rights of struggling artists and blending blockchain tech with the music world, you don’t get much cooler than Imogen Heap. As a Grammy-winning artist, she’s one of the biggest names in music to have embraced blockchain technology. Through her platform MyCelia, Heap aims to right the wrongs of the music industry by ensuring not only that artists get fairly paid but that they get a foot on the ladder as well.

MyCelia is an ecosystem for musicians and fans to make connections, use smart contracts to ensure royalty payments, and provide a transparent ecosystem for musicians to thrive in – without all the middlemen. Its “creative passport” stores all musicians’ data, from the equipment they use to the songs they’ve written. It is also projected to be the starting point for a larger community of DApps and third parties joining forces to decentralize the music industry

CEO and founder of Smart Valor, Feldmeier’s career trajectory is fiendishly impressive. With a string of financial accolades to her name, she’s been Executive Director at UBS, VP of Corporate Strategy at Barclays Capital, and a consultant with BCG. She speaks multiple languages and is a living, breathing financial encyclopedia – as well as a formidable entrepreneur.

Dubbed the ‘Bitcoin Queen’ of Switzerland’s Crypto Valley by the International Business Times, Feldmeier left the banking world behind to work as a managing partner at Xapo before launching Smart Valor. A tokenized alternative investment platform, she plans on using her knowledge and experience to democratize investing and get more people in the game.

Yet another female kicking ass in this space is Meltem Demirors. As a member of the World Economic Forum’s Global Future Council and development director at the Digital Currency Group, Demirors bridges the gap between existing and emerging industries. Passionate about growing both the technology and the community around it, she incubated DGC Connect in order to connect startups with VCs and technology service providers.

Widely known for her amazing work in the industry, founding Athena Capital is among her many achievements. As well as trading and forging relationships, she writes and teaches others about finance, both traditional and blockchain-based.

Realizing the importance of Bitcoin earlier than most, Gallippi saw its potential to generate wealth back in 2013. A firm believer in the power of the technology, she wanted to provide a way for people making profits with Bitcoin to be able to give some back, so she combined Bitcoin with philanthropy through the BitGive foundation.

The number of charities and nonprofits accepting Bitcoin donations has grown exponentially. Not only is this a good way for charities to encourage new donors, but donors can label it a tax write-off as well.

Gallippi has worked with some of the largest charities out there, including Save the Children and Medic Mobile. And now she’s adding a whole new layer of transparency by using the technology to hold charities accountable for how they spend their funds. This will encourage more donors to contribute and ensure optimal use of donations.

Everyone’s heard of Stellar Lumens. But they may not know that its executive director is a woman. Kim is also managing partner at Spark Change Capital and a true believer in the power of blockchains to place the unbanked on the grid and lift the world out of poverty.

A captivating and passionate speaker, Kim has even the most skeptical of audiences on the edges of their seats as she speaks of financial inclusion and tackling inequality. She’s presented for banks, government organizations, and the UN, and is an advisor to numerous projects and ICOs.

When you start to dig a little deeper, there are some pretty cool women making it big in the crypto space. We may be an outnumbered minority for now, but the passion, persistence and steely determination of those working for a more equal industry should succeed in bringing more females into the fold.