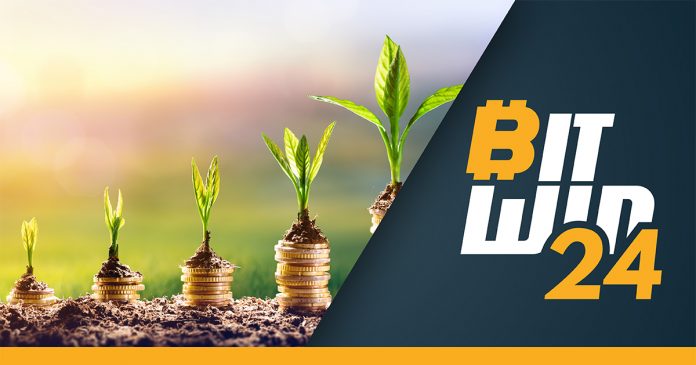 With an average growth rate of over 8,7%, the lottery market is arguably one of the fastest expanding industries in the world. In Africa, the interest in lotteries has been rising tremendously, leading to a boom in that segment with over 15% yearly increase. In Asia, the numbers are not so different – with over 10% annual growth, lotteries are quickly gaining in popularity. Although Europe has been familiar with lotteries for more than 6 centuries, the growth rate remains constant with 3.4%, which is still very close to the worldwide average rate of economic growth. North and Latin America are closing in the race with more than 7.7% growth rate each, an impressive result that solidifies the position of the lottery sector among the leaders in terms of growth.

According to economists, financial experts and a large amount of data gathered over the years, the demand for lottery tickets remains unaffected in times of economic stagnation. What is more, the economic status of a country and its state of development is not correlated with the average growth of the lottery segment. This means that the current rapid expansion of the sector is not situational, but is expected to continue to rise – and even speed up over the next 5 years. It is evident that the lottery sector is among the most lucrative investment opportunities of the decade.

With that being said, there are multiple problems in the industry that are stopping it from expanding its full potential – lack of transparency in the formation of prizes, manipulation by the lottery organizers of the RNG mechanisms and unpaid winnings are just a few of these issues. Luckily, with blockchain technology stepping into the scene, these problems can be negated.

Blockchain and lotteries are a perfect match. The innovative technology changes the way data transactions are carried out and opens up a whole new world for lottery players. Gone are the days of fraud and manipulation by lottery providers, making it economically impractical to participate in lotteries.

BitWin24 is the first blockchain lottery that embraces the change and offers an innovative referral system revolving around win-chains, allowing BitWin24 ambassadors to earn a percentage of all winnings made by their referrals. Here are some of the advantages of BitWin24 compared to traditional lotteries:

Transparent draws: Traditional lotteries use classic RNG mechanisms to determine the winning draws that are supposedly fair, however, these mechanisms are vulnerable to manipulation by the lottery organizer. Blockchain lotteries, on the other hand, use RNG algorithms that operate transparently and are available to everyone who participates in the lottery. BitWin24 goes a step further – by using a randomly chosen Bitcoin hash as the basis for determining the winning draw, the lottery provider is relying on a third system that cannot be manipulated even by them.

Masternodes: BitWin24 is the first lottery to offer the possibility to become a master node owner in the ecosystem. Everyone who can supply the needed technical infrastructure to verify blocks on the BitWin24 blockchain will be rewarded with passive income, especially those who join the earliest and become first movers. BitWin24 offers a ROI of up to 200% for all master nodes and a minimum stake of just 3000 BWI coins, which is considerably more accessible than most master node opportunities on the market.

Multiple currencies: While traditional lotteries are limited to the country they are conducted in and its national currency, this is not the case with blockchain lotteries such as BitWin24. By going global and supporting multiple currencies, the BitWin24 lottery can pool resources from a worldwide audience, thereby increasing its jackpot prizes dramatically. With higher jackpot prizes, the greater the incentives for new players to join and the higher the rate of expansion of the BitWin24 ecosystem.

Referral system: As already mentioned, the win-chains by BitWin24 offer unlimited reward ceiling, making it extremely beneficial for ambassadors to attract as many new participants as possible and thus maximize their potential passive income. What is more, the referral system incentivizes a global, widespread adoption of the BitWin24 lottery, which translates in higher jackpots and unlimited pool of players.

Easy to use: With web and mobile app support as well as a simple and fast registration process, everyone can participate in the BitWin24 lottery within five minutes. The possible combinations consist of just 16 signs, making it much easier and faster than traditional lotteries that have multiple seemingly different betting options that are basically the same.

Social responsibility: BitWin24 invests a percentage of the proceedings collected through ticket sales in social and environmental projects. And thanks to blockchain, ticket buyers can trace exactly how their money was used – whether it was for building up the prize pools or for charity activities.

Exclusive airdrop system: BitWin24 offers all early investors access to its exclusive airdrop program that rewards them with lifetime passive income for supporting the ecosystem in its early stages where every contribution matters. 10% of all future winnings will be distributed among the early movers who took part in the pre sale, proportionally to their invested amount. With the expected worldwide expansion of the BitWin24 ecosystem, this translates into an unlimited source of income, a unique feature that is the first of its kind in the world of blockchain-powered lotteries.

BitWin24 is targeting investors by providing incentives for early adopters such as ~10% bonus coins for everyone who invests on the private sale, as well as further bonuses for first mover master nodes that will secure the technical backbone of the ecosystem such as greater rewards for each block verification. To learn more about the project and the other bonuses you can get during its early stages, visit https://bitwin24.com.