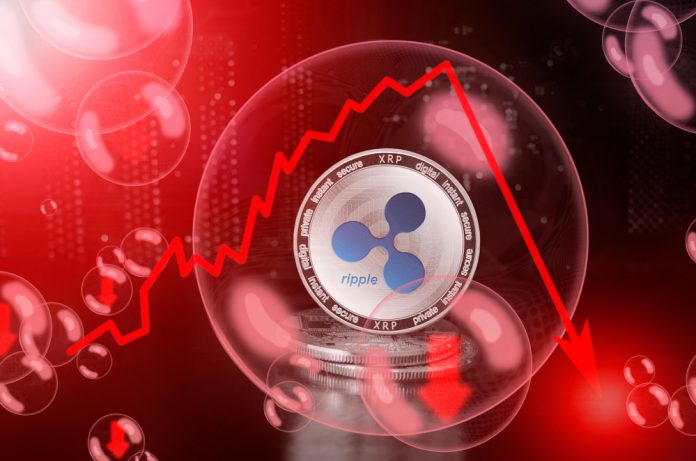 Ripple and Coinbase have had a long history, one that has involved a lot of heartbreak for XRP enthusiasts. With XRP being the third-most valuable crypto by market capitalization, it was expected that the largest crypto exchange in the US would list it, but it hasn’t. The XRP community has not lost hope, and rumors have kept surfacing that their time has finally arrived. Recently, Coinbase announced that it was considering five new currencies for listing, but XRP wasn’t among them. And it’s not just Coinbase that is steering clear of XRP, with renowned venture capitalist Arianna Simpson announcing that her firm would invest in cryptos but steer clear of XRP, as she is concerned with its centralized nature. Ripple just can’t seem to catch a break.

The Anguish for XRP

Ripple’s struggles can be attributed to the longstanding controversy as to whether or not it’s a security. The SEC has promised to crack the whip on cryptos that are set up as securities, and XRP has been on top of the list, according to many market experts. This has been the key reason why most crypto exchanges in the US have shied away from listing it.

Having announced plans to add support for Ethereum Classic recently, Coinbase subsequently announced that it was considering five more cryptos for listing as it seeks to expand its offering, but XRP wasn’t one of them. The five were Basic Attention Token, Cardano, Stellar Lumens, 0x, and Zcash. Making the announcement on Twitter, Coinbase stated that these currencies will need a lot of due diligence before they are listed, and even then, they could not guarantee that they’d list them. Nevertheless, it’s still a huge deal for these cryptos, and with over 15 million users trading on Coinbase, these cryptos would be accessible to a much larger audience if listed.

The snubbing continued for XRP after renowned investor and crypto enthusiast Arianna Simpson announced that her firm was interested in investing in cryptos but would steer clear of XRP. And once again, it’s Ripple’s centralized state that has her concerned.

I have a lot of concerns about the level of centralization there, and I have regulatory concerns if what they have issued is a security.

Simpson’s Autonomous Partners hedge fund launched in December of last year and has attracted investment from Union Square Ventures, Craft Ventures, and the Coinbase founder, Brian Armstrong. Billionaire investor Steve Cohen also recently invested in the fund. Simpson stated recently that she intends to invest in Ethereum and Bitcoin as her fund explores other next-generation cryptos.

It’s still up in the air if people want to do a number of things on the blockchain. We’re still figuring out what needs one and what doesn’t. But it’s clear they want to trade, and they want to play games.

Simpson’s hedge fund follows in the footsteps of Austin, Texas-based venture capital firm MultiChain Capital, which has made public its belief that XRP is going to be deemed a security by the SEC. The Andreessen Horowitz-backed firm announced two weeks ago that it was going long on EOS and Ethereum but would go short on XRP, whose price it believes will crumble soon. MultiChain believes that the SEC will classify XRP as a security, denying it access to certain crypto exchanges and consequently leading to the crumbling of the price. MultiChain also announced that it was shorting Litecoin, stating that it’s just an imitation of Bitcoin and has no reason to exist.