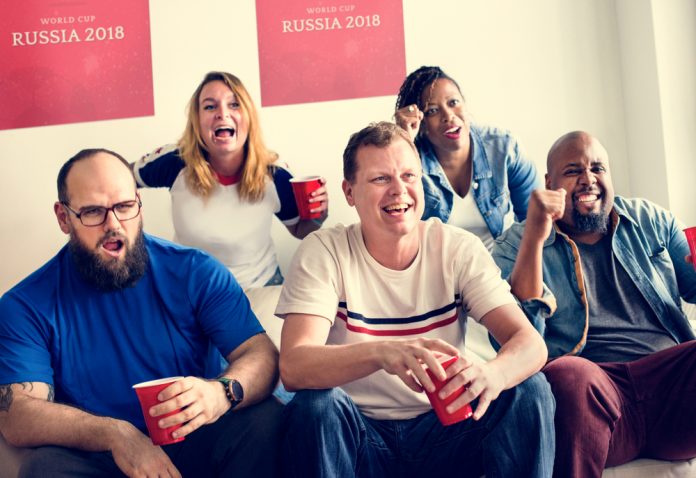 World Cup 2018 is here! For sports enthusiasts within the cryptocurrency space, there are a number of opportunities to combine both their passions. As blockchain technology enables individuals to connect with one another and events throughout the world in ways never before seen, there are a number of exciting opportunities to enjoy this year’s World Cup, crypto-style.

GameCredits (GAME) has partnered with Fantasy Sports giant FanDuel to offer a fantastic competition to its users. Throughout the duration of the World Cup, users will be able to submit daily predictions to FanDuel for a chance to win GameCredits and cash. Between June 14 and July 15, US$100,000 worth of GAME and $35,000 in cash will be handed out to daily victors. Best of all, this competition is completely free. No deposit or entry fee is required to pick winners and earn GAME.

Cryptocup is a revolutionary prediction game created for World Cup 2018. Using the non-fungible ERC723 standard, users can wager ETH to create unique prediction tickets regarding the outcome of the tournament. The prize pool, which currently exceeds 50 ETH, will be distributed among the top 10% most accurate tickets. While entry into the competition closes at the start of the first World Cup game, individuals will retain the opportunity to trade tickets. As such, users can still get involved by speculating on and purchasing prediction tickets made by other contestants.

As is typical of the cryptocurrency sports betting giant, NitrogenSports.eu is hosting an exclusive competition for World Cup 2018. Throughout the course of the World Cup, each bet placed on the site will earn users a flag. Collect 32 flags, and one is eligible for the World Cup prize pool. Until June 30, participants can predict the World Cup champion. Everyone who achieved 32 flags will compete for 0.5 BTC in free bets. 0.2 BTC in bets will be divided among users who accurately predict the champion. The other 0.3 BTC will be shared equally among all users who achieve 32 flags.

EtherCup.io is an Ethereum game that will debut at the start of the World Cup. Each of the 32 teams will be available for sale and resale from the start of the World Cup on June 14. Each time a team earns a victory, its ‘owner’ on EtherCup will win a number of free players. Throughout the course of the World Cup, participants can offer to re-buy teams at a premium. Additionally, owners will earn a player for every goal scored, an entire team for the World Cup champion, 50% of the team for second, and 33% of the team for third. Next quarter, users will be able to trade players and put together a team to compete in simulated matches.

Soccer Manager Crypto is the next installment of the 50 million-download strong Soccer Manager franchise, and it’s likely the upcoming blockchain game with the most potential and playability. Unfortunately, SMC will not be released until the end of this year. When it is released, however, players will be able to upload player packs that represent professionals worldwide, including members of the 2018 World Cup teams. They will be able to trade and organize these players in simulated matches and tournaments. Soccer Manager Crypto will be published in its entirety on the Chimaera blockchain, which means players will have provable and liquid ownership of all in-game assets as items registered on the blockchain. Similarly, matchmaking and gameplay functionalities will also take place directly on the blockchain.