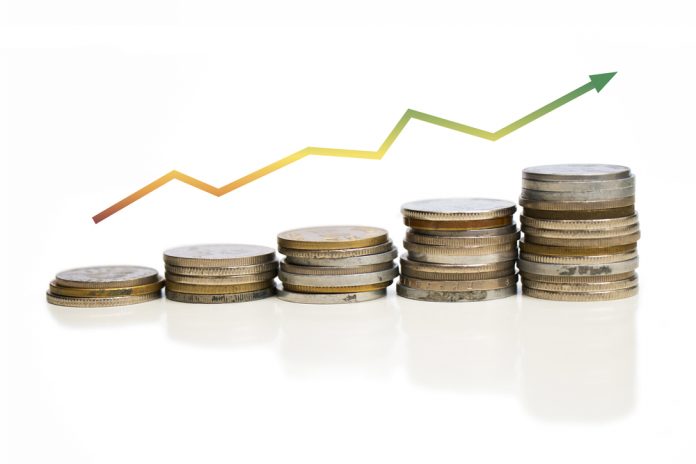 This past week has resulted in some interesting gains for the top cryptocurrencies. Although not every coin saw positive momentum, the following six top 20 market cap-ranked coins are ranked by their past seven-day gains. The results may surprise a lot of people, even though the best might have yet to come in this regard. These figures are based on information as received on September 18th.

It has been a very interesting week 39 for the Stellar price. Although the weekly gains are not spectacular by any means, there is plenty of reason to remain cautiously optimistic. A 4.1% increase has materialized in the past 7 days, which is better than what most people had expected to see at this point in 2018. One has to appreciate the small things in crypto life too.

The launch of the EOS main net has been a hot topic of debate for some time now. It seems the market has responded kindly to this development, primarily thanks to a 4.88% increase in value during week 39. Albeit that is not a major gain, all things considered, any upward momentum will be met with a lot of enthusiasm. Whether or not week 40 will offer similar momentum, is a different matter altogether.

After the very rough start to 2018, the Ethereum price finally saw some upward momentum, resulting in a  strong 7.38% push during week 39. Although the current momentum seems to turn bearish once again, it will be interesting to see what the remainder of 2018 has in store for the world’s second-largest cryptocurrency by market cap.

Although margin traders are determined to short Monero until there is no tomorrow, it seems the rest of the market has very different ideas. Week 39 has been positive for XMR, resulting in an 8.05% increase over the seven-day period. It is partially thanks to this trend Monero has reclaimed its position in the market cap top 10, although it remains to be seen if it can stay there.

No one will deny Dogecoin is on everybody’s mind as of right now. The “joke currency of the internet” has been very successful during week 3, resulting in an 11.06% gain in very quick succession. Although there have been a few minor setbacks in the past week, things continue to look promising for DOGE as of right now.

Week 39 has been dominated by a lot of hype surrounding Tezos. That is not all that strange, primarily because the Tezos’s team has announced the project’s main net will launch this week. Even so, the 25.7% increase over the past seven days should not be overlooked whatsoever, albeit a correction seems to be in order as of right now. This currency will undoubtedly see some interesting momentum later this week.