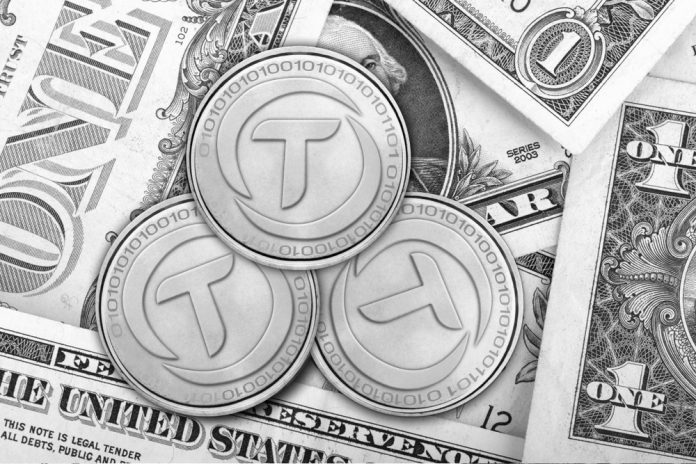 The cryptocurrency industry is in the process of dealing with a very peculiar problem right now. Despite Tether’s USDT struggling for stability to regain $1, its TUSD counterpart has a struggle of its own. Over the past day, the currency has struggled not to go over the $1 mark, yet it is currently valued at $1.04.

TUSD Price Struggle is a Problem

In the normal world, a stablecoin would be exactly that: a currency maintaining a fixed value at all times. That is a bit difficult to achieve in the cryptocurrency world. Tether’s USDT is still going through price struggles, as it remains incapable of returning to $1 after yesterday morning. It is not the only stablecoin effectively struggling, although one could argue TUSD is dealing with a “luxury problem” because of its excess value.

At this time, the TUSD price sits at $1.04. That value is simply too high, as it is supposed to be $1 at all times. Its market cap should equal the circulating supply, yet there is a $5.5m discrepancy at this time. This $1.04 value is in place because TUSD has effectively lost over 2.5% in the past 24 hours, indicating returning to $1 should be a matter of time. For now, however, the issue remains in place.  The TUSD price is inflated heavily on HBUS, Binance, Bittrex, DigiFinex, and so forth.

Whether or not this causes any real reason for concern, remains to be determined. Unlike Tether’s USDT, TrueUSD is effectively a transparent and audited stablecoin. This means the company is transparent about its holdings and reserves at all times. Audited stablecoins are the way forward, yet only if they can deliver as initially promised.

Audited, transparent stablecoins like @PaxosGlobal #PAX and @TrustToken #TUSD are booming as the #Tether crisis of faith continues.

There are a lot of cryptocurrency enthusiasts who are not happy with Tether’s USDT. That has been the case for some time now, yet Leonardo Souza goes as far as calling it a scam. It is evident this sentiment is not unique, yet throwing out such accusations should never be done lightly whatsoever.

In more industry-oriented news, it seems TUSD is being added to the KuCoin trading platform. Three trading pairs will be added: A BTC, ETH, and USDT market. This latter option brings another USDT/TUSD to market, which has something that has become a lot more prevalent among exchanges as of late. Pairing stablecoins against one another made no real sense at first, yet there seems to be a demand for this type of trading.

It will be interesting to see what the future holds for all stablecoins on the market today. There are a lot of discrepancies to deal with, both on the upside and downside of the $1 level. This will undoubtedly create more buzz for cryptocurrencies, although the fallout may not necessarily yield shocking results. For the TUSD price, returning to $1 may take a while, at this rate.