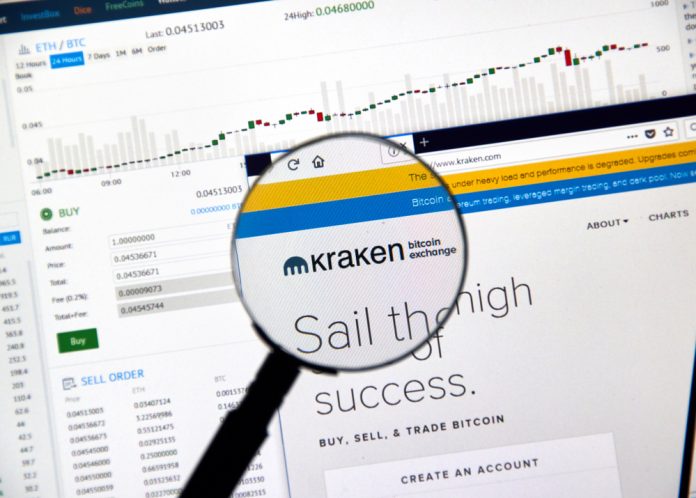 Three weeks after a University of Texas professor published a report alleging that Tether and Bitfinex had manipulated the price of Bitcoin all throughout 2017, a new report has emerged that questions the stablecoin’s trading pattern on Kraken, an American crypto exchange. The report was published on Bloomberg and included research and analysis by some renowned experts on market manipulation and trading patterns. A number of odd things piqued the interest of the analysts, including recurring order sizes which went out to as many as five decimal places. Equally weird is the effect which relatively small trades had on the price of Tether as compared to much larger trades which, according to the experts, points to possible market manipulation.

Is Tether at It Again?

Tether has been the subject of many controversies and has even been subpoenaed by the CFTC along with its sister company, Bitfinex. Several reports have emerged indicating that the two have been involved in Bitcoin price manipulation and that Tether’s claim of backing every token issued with dollars in reserve is a lie. And according to the new report, these allegations may have some truth to them.

The investigation began when Andrew Rennhack, a crypto enthusiast and trader, noticed inconsistencies in the demand and price relation of Tether on Kraken. He downloaded data from Kraken’s order book and began analyzing it, and he unearthed what, according to him, couldn’t be explained by the laws of economics. Bloomberg conducted its own research as well, analyzing 56,000 trades that were placed on Kraken between May 1 and June 22 of this year. The findings were shared with experts, and they too were puzzled.

Among the discoveries was a suspiciously high number of trades with specific order sizes that went out to as many as five decimal places. This is quite strange, and according to one of the experts, Mark Williams, it could be a unique identifier indicating that they were generated by the same person or institution. Williams, a former Federal Reserve Bank examiner, pointed out that this could also have been used as a signal to automated trading programs created by cheaters. Once these programs identify an order with a specific size, it trades against it, creating a false sense of high supply and demand, a practice known as wash trading. Wash trading is illegal in the regulated stock markets, but in the Wild West of crypto exchanges, this could be harder to trace and stop.

Similarly suspicious was the frequency of some orders, with the most popular orders for Tether being 75 and 1,000 USDT, respectively. However, it’s the third-most popular order that’s the most suspicious: 13,076.389 USDT tokens. This kind of precise order, correct to three decimal points, from such a huge number of people, is highly irregular, according to Rosa Abrantes-Metz, a New York University professor who is an expert on market manipulation.

The abnormalities didn’t stop there for Tether. On one of the days under review, 31 buy orders were placed on the platform to buy a total of 159,487 USDT tokens. This had no effect on the price of the tokens which held steady at $1. However, on a different date, an order to purchase 37.5 USDT tokens pushed the price up by $0.0002. Barely a minute later, one of the suspicious orders of 13,076.389 USDT tokens was placed, and despite being close to 350 times larger than the previous order, the price of Tether only moved by $0.0001, half the move caused by the much smaller order. This phenomenon is one that Abrantes-Metz finds irregular, and after going through lots of the data collected, she stated that she was convinced that the trading figures were not real.

Dave Weisberger, the founder of crypto data company CoinRoutes, is similarly baffled by the irregularities, particularly the recurring precise buy order of 13,076.389 USDT tokens. According to Weisberger, no human would ever make that order, let alone hundreds of them. He added that while this might pass in the crypto market, regulators would already have commenced an investigation if it had happened on a stock exchange.