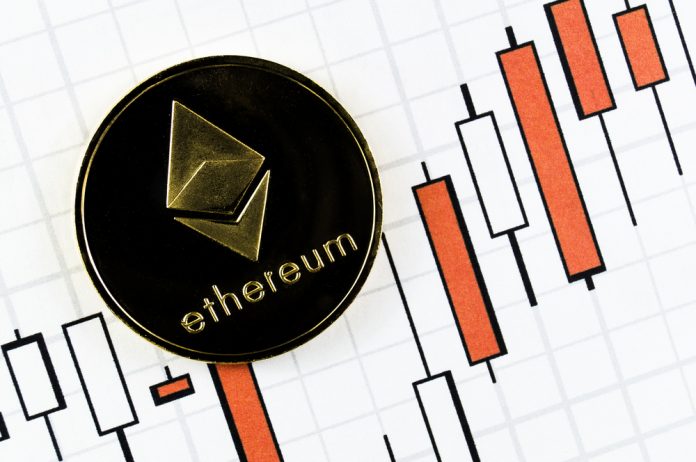 Crypto markets are down across the board, and that’s nothing new. But what’s behind Ethereum losing 44 percent of its value in just two weeks? From August 1 to August 14, crypto’s number two went from $470 to $260. That’s its lowest level since November 2017. It was trading at around $285 at the time of writing.

Sure, it’s been somewhat of a bloodbath for all cryptocurrencies lately, with other major coins taking a hit as well. But Bitcoin’s value drop is nothing compared to Ethereum’s despite the delayed ETF. What gives?

Here are four possible reasons for the (drastic) downturn in the Ethereum price:

The Ethereum network’s infamous problems with scalability continue to plague its developers – and now its price – according to Jimmy Zhong, co-founder and CEO of enterprise-grade blockchain infrastructure IOST. He says:

“Some of this price decline may be because the platform that Ethereum has been promising since its launch is still so far away. Bogged down by its scaling issues and clearly struggling to keep up with platforms that aren’t hampered by legacy technology, there are cracks showing in Ethereum’s armor. This is one of the reasons that decoupling from Ethereum is such a big deal and why companies are starting to show interest in developing their own blockchains.”

According to a report by CNN, Ethereum’s price drop could be due to ICOs dumping large amounts of Ether. The report cited a cryptocurrency researcher at fintech company Cinnober, Eric Wall, who said that over the last 12 months, ICOs have raised hundreds of millions of dollars in Ether. They then dumped it at the same time, causing a domino effect on the market.

“The problem when you give millions of ETH to ETH competitors is that they can unload the ETH on the spot market and short ETH on the futures market before that, so they’re not only securing the funding but also manipulating the underlying spot market in favor of their shorts,” he said.

Ethereum co-founder and ConsenSys CEO Joseph Lubin isn’t deterred by the drop in price, and he echoed Wall’s sentiments in a Bloomberg report. He said that “trader types” were driving volatility and that many startups building projects on the Ethereum blockchain and selling digital tokens for Ether are now “cashing out,” contributing to the slump.

Andy Bromberg, co-founder and president of the CoinList token sales platform, believes the drop is temporary. There’s nothing fundamentally wrong with Ethereum or its technology, he says, it’s just suffering from market pressures:

“Ethereum’s price volatility is a result of market pressures, not anything more fundamental around the technology – which is what the highest-quality projects care about. The best token issuers are heads down, focusing on building their products and businesses, and not looking up at the prices.”

Josh Fraser, co-founder of Origin, an open-source blockchain platform for creating P2P decentralized marketplaces, remains bullish on Ethereum. The latest downturn simply shows a market correction and a sort of sifting the wheat from the chaff:

“We’ve been through this cycle before, and we’ll go through it again. The hype and exuberance of last year have passed, but meanwhile, the real work continues. Ethereum developer tools like Truffle are seeing a record number of downloads, companies like Origin are recruiting some of the best engineers in the world, and a remarkable amount of innovation is still happening every day in the Ethereum community. We’ll find out which teams and ideas are here for the long term.”

Whichever explanation makes the most sense to you, it would seem that the most invested teams working in the space are unfazed by the temporary drop. The technology continues to get better, and they’re focused on their goals and refuse to succumb to FUD. Can you say the same?