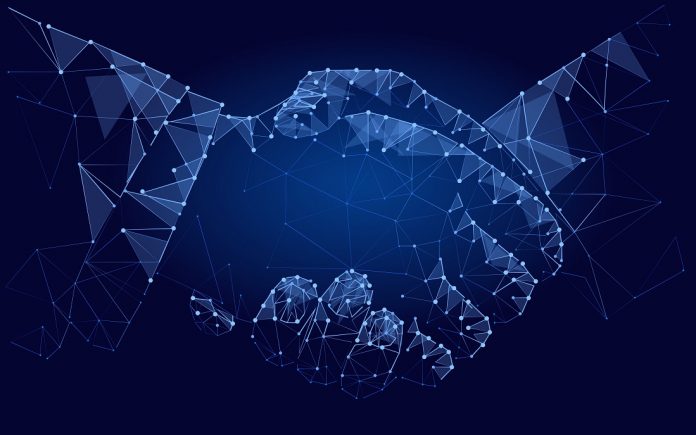 They may have been fierce competitors in the past, but Coinbase and Circle have now come together to boost Circle’s USDC stablecoin. Known as the CENTRE Consortium, the joint venture between the two industry giants aims to take the lead in the stablecoin market by ‘establishing the standards required and building the technology needed for fiat to work over the open internet.’ The consortium’s first focus will be on Circle’s USDC coin which Coinbase will list on its platforms beginning today, October 23. The partnership comes at the back of a tight race that’s developing between stablecoin providers who are looking to capitalize on the waning confidence in the market leader, Tether.

The Race To Replace Tether

The partnership was announced today by Circle’s co-founders, Jeremy Allaire and Sean Neville via a blog post. The two expressed their excitement at the road ahead, describing the partnership as ideal since the two companies ‘share a common vision of an open global financial system built on crypto rails and blockchain infrastructure.’ The CENTRE Consortium will strive to establish a standard for fiat-backed stablecoins on the internet, a sector of the crypto industry that has experienced exponential growth in the past few months.

The consortium’s first initiative will be the USD Coin (USDC), the statement revealed. The USD Coin is Circle’s stablecoin which it launched barely a month ago and which has continued raking in clients quickly. As we reported recently, the largest Bitcoin payments processor BitPay recently integrated it for payments, stating that it would offer its clients more choice. USDC has also been integrated by over 40 other platforms including crypto custodians, crypto exchanges and crypto wallets.

USDC will now be available to the 25 million Coinbase clients beginning today, both on its retail platform as well as its Coinbase Pro platform. Coinbase users can convert their fiat currencies to USDC and redeem their USDC to fiat currencies seamlessly. Circle has been offering USDC through its platforms which include its wholly-owned Poloniex exchange.

CENTRE will be membership-based, the statement indicated, with Allaire and Neville calling on all interested parties to come on-board. The consortium will introduce more issuers on to the network soon, with formal membership guidelines being in the pipeline. In due time, the consortium will also release its technical roadmap to give its members a better understanding of the road ahead.

Allaire and Neville concluded the statement with a rallying call:

Coming together as industry leaders to help define open standards helps us all build a larger and more vibrant ecosystem that creates network effects for everyone, which will ultimately deliver unparalleled value to people around the world.

The venture by two of the most prominent startups in the crypto industry is the latest effort many are making to establish their stablecoins in the wake of Tether’s continued decline. While Tether has a huge market share – it’s the second most traded crypto after Bitcoin – it’s slowly losing people’s confidence as controversies mount. Just recently, its price dipped on many exchanges to give Bitcoin a temporary boost to $7,500 amidst reports of being used to manipulate the price of Bitcoin. Gemini exchange recently unveiled its Gemini Dollar which has also taken off with listings in many large exchanges. At this pace, it won’t be long before Tether forfeits its position as the king of stablecoins.