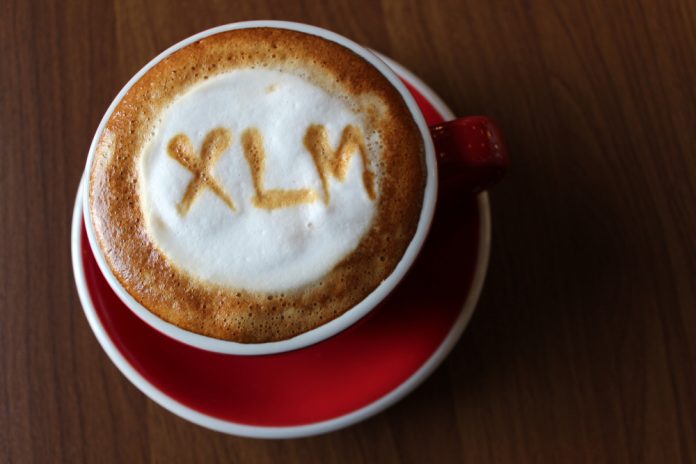 Despite the industry’s multi-hundred billion dollar market cap, an astonishingly high percentage of all cryptocurrency projects do very little to differentiate themselves and add little to no value to existing projects. The exceptions, the projects that do bring something new to the table, often receive significant attention and tremendous price appreciation. One example of this is the Stellar network.

Over the past two weeks, Stellar has seen its price grow by over 35% as it eclipsed a US$5 billion market cap and surpassed Litecoin to become the sixth largest cryptocurrency by market cap. Crypto fundamentalists hail Stellar as being “like Ripple, but without the evil”. A more technical summarization is that Stellar is a network focused on servicing the unbanked – empowering those that don’t have proper access to banking with a financial ecosystem that enables “mobile money” and near-free micropayments.

While the core ideals are certainly admirable, the “revolutionary financial ecosystem” trope is perhaps the most common among all cryptocurrency projects. When treading through hundreds of low market cap garbage, more projects will include similar key phrases and goals to Stellar than any other.

So why, then, is Stellar the chosen one, that which has risen above all others? Why has IBM taken such an interest and begun to build its own initiatives on top of the platform? To answer this, one must look at the core of the network itself, as the qualities that set Stellar apart lie in its intrinsic mechanisms.

Stellar Is Not a Blockchain

At least in the traditional sense, the Stellar network is not akin to either the Bitcoin or Ethereum blockchains. Its exact relationship to traditional blockchain networks is not explicitly defined, but most people consider the platform to be an evolution beyond blockchain. Stellar, like other blockchain networks, utilizes Decentralized Ledger Technology (DLT) which consists of peer-to-peer participation and individual nodes. However, the implementation of the network and the organization of its participants are different from traditional protocols, as it is designed to address issues of accessibility and security associated with most of today’s blockchains.

The Stellar network employs the Stellar Consensus Protocol (SCP), which ditches proof of work (PoW) and proof of stake (PoS) mechanisms in favor of a system of propagation and consensus known as a federated Byzantine agreement system (FBAS). While this terminology sounds quite complex, the rundown is quite straightforward. Unlike PoW, which requires computing power to participate, and PoS, which requires assets, the SCP involves participation in groups called quorums.

In traditional terms, a federacy refers to a system that is one part central and one part decentralized – a cooperation between individual actors and a single authority. With Stellar, individual participants act as members of quorums alongside global nodes. The quorums reach consensus on sets of transactions, known as quorum slices, which are then confirmed and cross-checked across the global nodes. There could be any number of these global nodes, which represent major financial institutions and other trusted sources, while quorum participants remain open and accessible to all.

This consensus approach provides several key advantages over traditional blockchain networks. Beyond decentralized control, which public blockchains also maintain, Stellar encompasses the following qualities. Firstly, the network maintains low latency, as transactions are sent and processed in seconds at near-zero cost. There is flexible trust, as users have freedom to trust certain parties and ignore potentially malicious ones. Lastly, there is asymptotic security, which proactively prevents malicious actors from disrupting the network, even if they utilize vast computing power (far more than even Bitcoin can defend itself against).

As such, numerous projects have been built atop the Stellar network. As mentioned previously, IBM has been working significantly with Stellar, and recently announced a Stellar-based stablecoin. Another exciting initiative running on Stellar is the Tides Network.

Tides is a decentralized network for peer-to-peer health insurance. The TIDE token, which runs on Stellar, will be used by participants to organize themselves in autonomous insurance pools, where they will be able to make payments, file claims, and vote on pool matters while receiving a healthcare experience completely free of middlemen. A significant portion of healthcare payments go toward things like advertising, legal affairs, and lobbying, all of which take away from the service received. 20% of insurance payments alone are designated towards “administrative fees”. With Tides, that number is reduced to 1-2%. Tides ensures that users will receive exactly the care they require and see that every dollar spent goes toward their medical needs. Not only is this an initiative that is a natural solution to an industry that plagues consumers with negative externalities, but the project also synergizes well with the core ideals of Stellar.